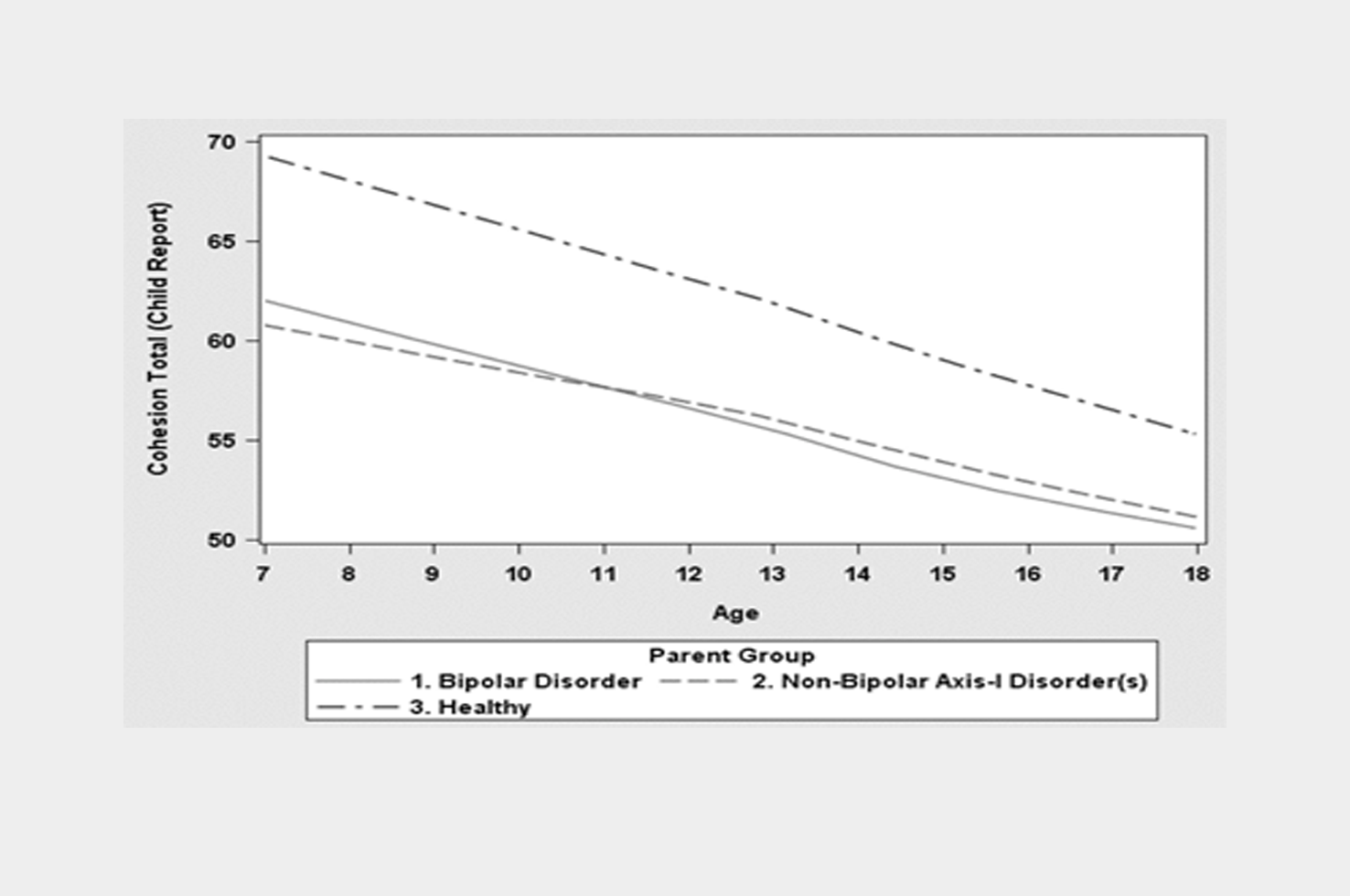 For people living with bipolar disorder, challenging family relations can both result from and aggravate the disorder’s symptoms. Existing studies that examine the family environment of young people with familial risk for bipolar disorder have not distinguished whether stressors—such as high rates of conflict—are uniquely related to this disorder or are similarly experienced by families affected by other, non-bipolar disorder psychopathology. These studies have also been limited by factors including small samples, lack of control groups or only healthy control groups. Acquiring a greater understanding of dynamics in families of youth offspring of bipolar parents can lead to improved assessment and preventive interventions for young people.

The study, recently published in the Journal of the American Academy of Child & Adolescent Psychiatry, analyzed three subgroups of children ages 7–18 and their parents from the BIOS study: bipolar parents, parents with other psychiatric disorders, and control parents. Subjects (parents and offspring) were assessed biannually using direct interview. The team observed that families with bipolar disorder and non-bipolar psychopathology showed significantly less cohesion and adaptability and greater conflict than control families. They also confirmed that there was no significant difference in these family dynamics between families with bipolar disorder and other psychopathology. Their analysis demonstrated for the first time that the increase in family conflict and decrease in cohesion is an age-related pattern (from 7–18) common to all three groups.

“Family functioning influences psychopathology (of children and parents), which influences the functioning of the family unit,” said Dr. Shalev, the study’s first author. “When providing therapy to youth patients, it is important to evaluate family functioning, and provide therapy to both the child and the parents, and if indicated, to the family unit itself. The assessment and therapy process should be done while considering the alterations in family dynamics that are expected to occur as children mature.”