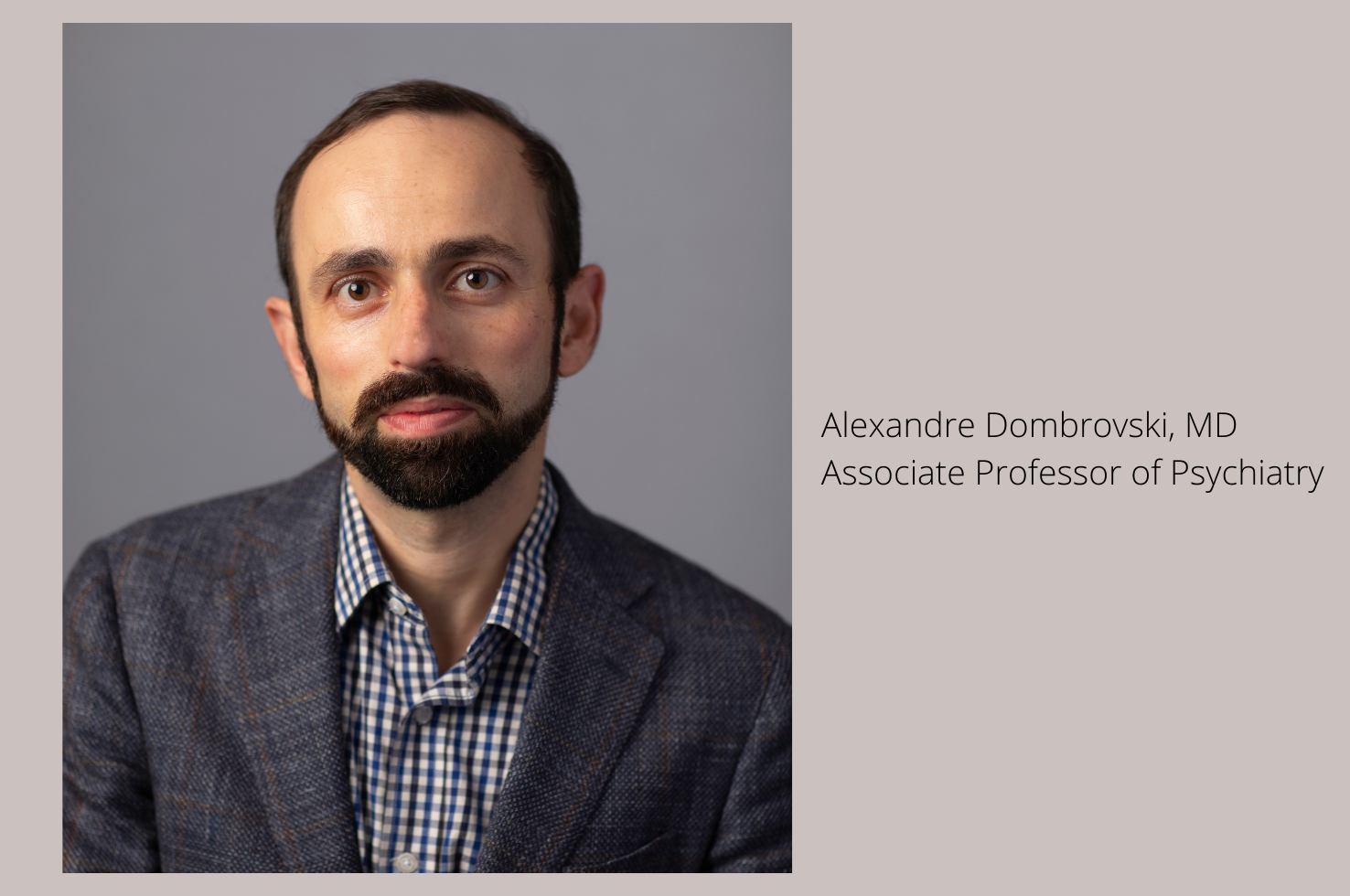 Alexandre Dombrovski, MD (Associate Professor of Psychiatry) is an expert in both geriatric psychiatry and suicide. Using the methods of decision neuroscience, he seeks to understand what disruptions in decision processes result in disadvantageous decisions, including the tragic decision to end one’s life.

We spoke to Dr. Dombrovski about his work in elucidating the roles of learning and decision-making in suicidality.

Tell us how your training helped shape to your interest in suicide research.
My clinical training in geriatric psychiatry gave me the opportunity to work with individuals suffering from diseases like Alzheimer’s and Parkinson’s, where I could apply my understanding of brain physiology in clinical work. My early research in late-life depression led me to develop an interest in late-life suicide and in particular how people arrive at this decision. Then, in collaboration with Katalin Szanto, MD, I obtained laboratory data on decision-making in suicidal people. I became interested in formal mathematical models of decision-making that take inputs and produce a behavioral output—for example, how does a person decide whether they’d rather get $10 now or $100 a year from now?

How did this interest in decision-making models influence your current work?
The world is uncertain, and we all continuously adjust to it by learning—whether it’s in a new job, a new city, a new relationship, or even just deciding what to eat in a restaurant. I focus on algorithms that explain how an individual learns from experience to make the optimal decision, primarily reinforcement learning. Reinforcement learning enables us to relate a person’s behavior and brain signals to those predicted by the algorithm, and both fit and deviation can reveal how people learn or fail to learn.

How does this relate to suicide?
Ending one’s life is not a single step; it’s a sequence of thoughts and actions that unfolds over time as a person considers a set of options, what economists call a “consideration set.” Suicide may or may not enter the consideration set, depending on a person’s ability to find superior options. I am interested in how a person evaluates the relative worth of each option to resolve a crisis.

Individuals who attempt suicide are often intelligent people who function at a high level, but for some reason struggle when making decisions in uncertain situations, experiencing this as a crisis. We have found support for the idea that in such cases there is a disruption in the learning process.

What have you found out about brain mechanisms involved in this dysfunction?
Comparing option values is often not straightforward because one needs to convert different attributes (for example, how good or how likely the outcome is and what means are required to achieve it) into a single common currency. There is an element of randomness or noise in this process. I think of suicide as a terrible decision accident: there is a better choice, but a person can still pick the inferior option due to the noise, like the fog of war. One hypothesis is that impaired construction and comparison of values in the ventromedial prefrontal cortex leads an individual to make suboptimal or random choices. This part of the frontal lobe plays a key role in decision-making, because it receives a lot of information about wants, needs, feelings, and options in the environment necessary to make a choice.  Our studies using functional magnetic resonance imaging (fMRI) find a disrupted value signals in the ventromedial prefrontal cortex of suicidal people as they make decisions. We need a better understanding of these disruptions to develop new interventions for preventing suicide by either improving decision-making or helping people compensate for the deficits.