Now in The Journal of Neuroscience: Circadian Protein NPAS2 Expression in the Nucleus Accumbens and Cocaine Reward 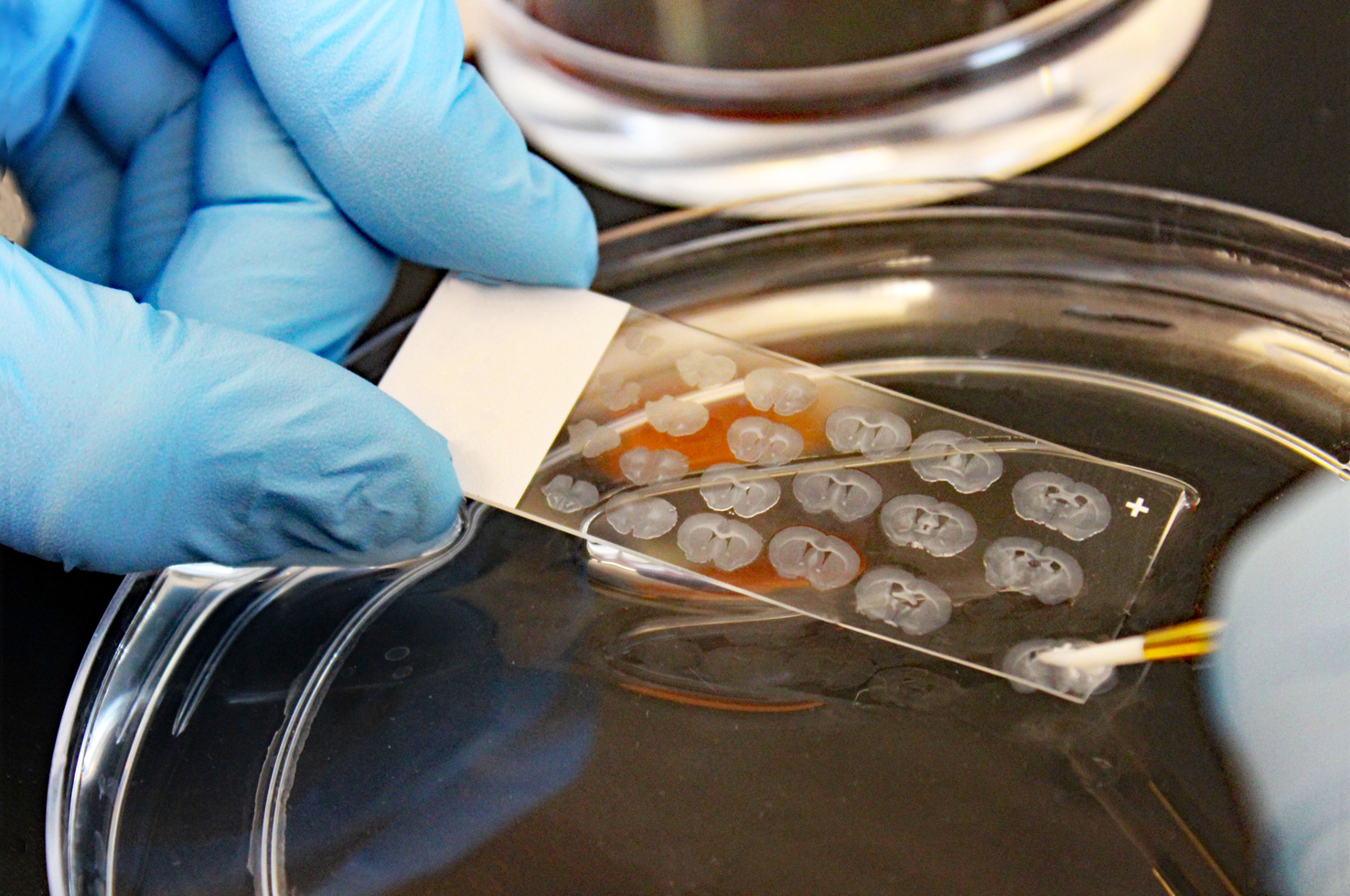 Disruptions of the circadian clock can contribute to or exacerbate vulnerability to substance use disorder in some populations. The laboratory of Dr. Colleen McClung (Professor of Psychiatry and Clinical and Translational Science) investigates the mechanisms by which circadian genes that regulate mood and impulsivity are involved in the risk for substance abuse. In a recent study published in the Journal of Neuroscience, Pitt Psychiatry researchers including Ryan Logan, PhD, Yanhua Huang, PhD, and Colleen McClung, PhD, investigated the core circadian protein known as neuronal PAS domain 2 (NPAS2), which can control gene expression in the nucleus accumbens, a region of the brain that is highly implicated in drug addiction and is associated with motivation and reward behavior. “NPAS2 is quite highly expressed in the nucleus accumbens, and has a very interesting expression pattern,” said Dr. McClung, the study’s corresponding author.

In investigating the reward value for cocaine, the team previously established that knocking out NPAS2 resulted in reduced reinforcement for cocaine. They also found that NPAS2 is preferentially expressed in a subpopulation of neurons within the nucleus accumbens—those containing the dopamine type-1 receptor (D1R)—which, when stimulated, increase the reward value of cocaine. However, the open question remained—does the circadian protein regulate the activity of these specific D1R neurons and impact cocaine reinforcement? In the current study, the team expanded on previous research by investigating the disruption of NPAS2 in the nucleus accumbens on the activity of D1R neurons compared to other neuronal subpopulations in the nucleus accumbens. “We were especially curious whether disruption would preferentially affect that subpopulation of neurons containing the D1 receptor,” said Dr. McClung.

The investigators used a technique known as RNA interference to knock down the expression of NPAS2 in the nucleus accumbens followed by electrophysiology to directly measure the activity of D1R neurons. These studies revealed knock down of NPAS2 led to increase excitatory drive onto D1R neurons compared to other neuronal subpopulations, consistent with their previous findings of preferential expression of NPAS2 in these neurons. In addition, NPAS2 knock down blocked the effects of cocaine to increase the excitatory drive onto D1R neurons, suggesting that the targeting of NPAS2 may change the impact of cocaine-related synaptic plasticity and reward behavior.

The Journal of Neuroscience study further characterized the impact of NPAS2 disruption on cocaine reward. By using cell-type specific approaches, the team showed knock down of NPAS2 specifically in D1R neurons significantly reduced the reward value of cocaine.

“We know circadian clocks are critical for maintaining and controlling many functions in the brain and other tissues in our bodies,” said Dr. Logan. “I believe our findings suggest that abuse of drugs like cocaine can alter clocks in our brain that have significant consequences on how our neurons communicate, ultimately impacting the way we respond to rewarding stimuli. Disruption to these clocks could contribute to addiction vulnerability in some individuals, and targeting them may resemble a viable therapeutic target for treating substance use.”