Now in the Journal Brain: Brain-derived Tau Is a Novel Biomarker for Alzheimer’s Disease-type Neurodegeneration 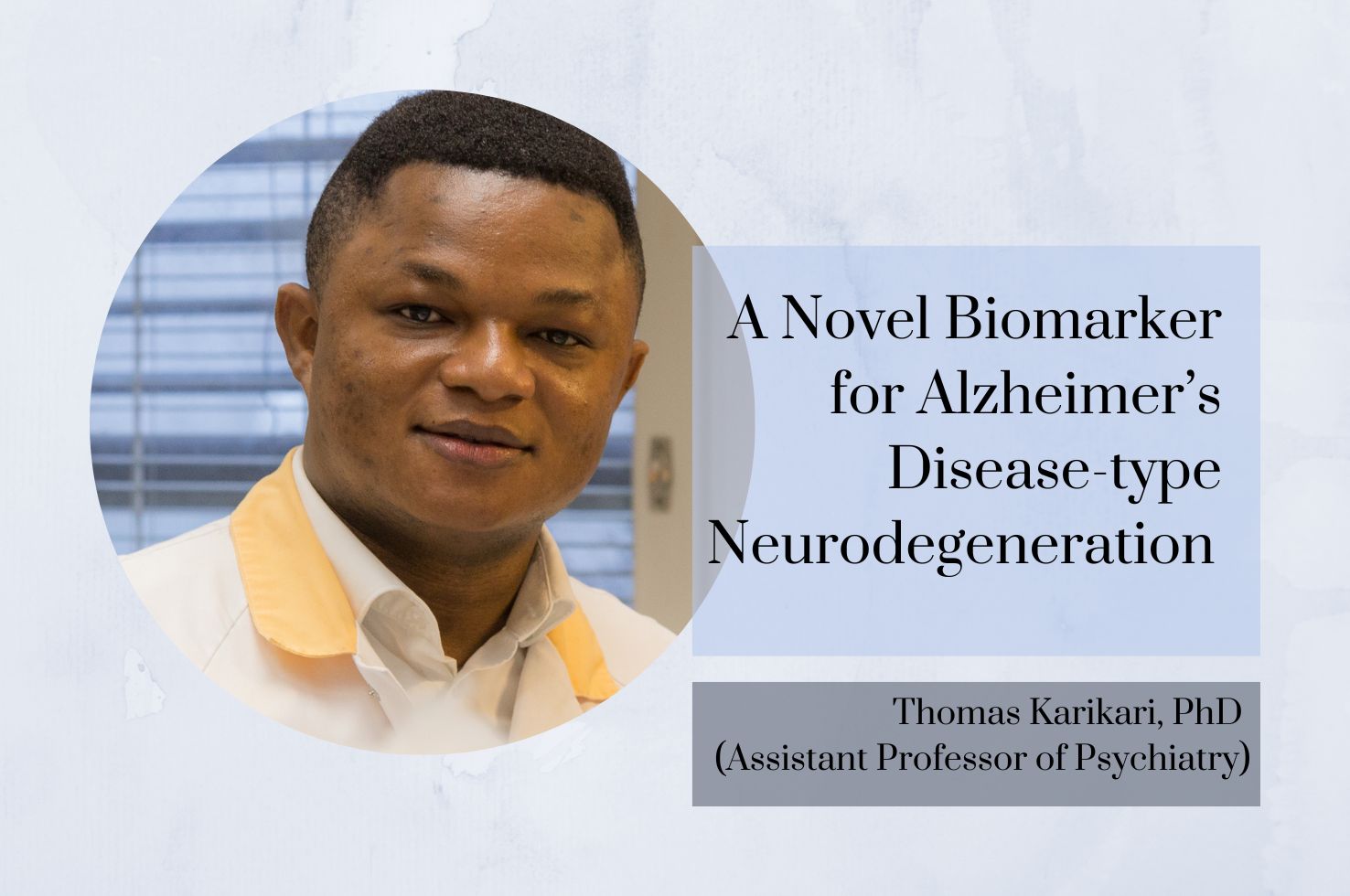 A group of Alzheimer’s and dementia investigators have published a study in Brain reporting the development and the analytical and clinical validation of a novel biomarker for Alzheimer’s disease. Led by Thomas Karikari, PhD (Assistant Professor of Psychiatry)—and including senior scientists Henrik Zetterberg, MD, PhD, and Kaj Blennow, MD, PhD, internationally renowned leaders in blood biomarker discovery at University of Gothenburg, Sweden—the study was a large multi-center investigation including expertise and clinical cohorts from universities and hospitals in the United States, Sweden, and Italy.

The current framework for detecting Alzheimer’s disease has relied on detection of amyloid plaques, tau tangles, and neurodegeneration in the brain. However, diagnosis based on these components requires neuroimaging and analysis of cerebrospinal fluid, techniques with major economic and logistical challenges that limit the widespread accessibility of Alzheimer’s disease screening.

And until now, blood tests have not effectively isolated markers of neurodegeneration that are specific to the brain. To differentiate the presence of Alzheimer’s disease from other neurodegenerative conditions, the scientists created an antibody that binds to brain-derived tau (BD-tau), so that it is easily detectable in the blood.

The novel BD-tau blood biomarker will provide scientists with a less invasive blood test to detect brain-specific markers of neurodegeneration. “At present, diagnosing Alzheimer’s disease requires tests that are expensive and take a long time to schedule, and a lot of patients, even in the US, don’t have access to MRI and PET scanners. Accessibility is a major issue,” said Dr. Karikari, the study’s corresponding author. “The most important utility of blood biomarkers is to make people’s lives better and to improve clinical confidence and risk prediction in Alzheimer’s disease diagnosis.”