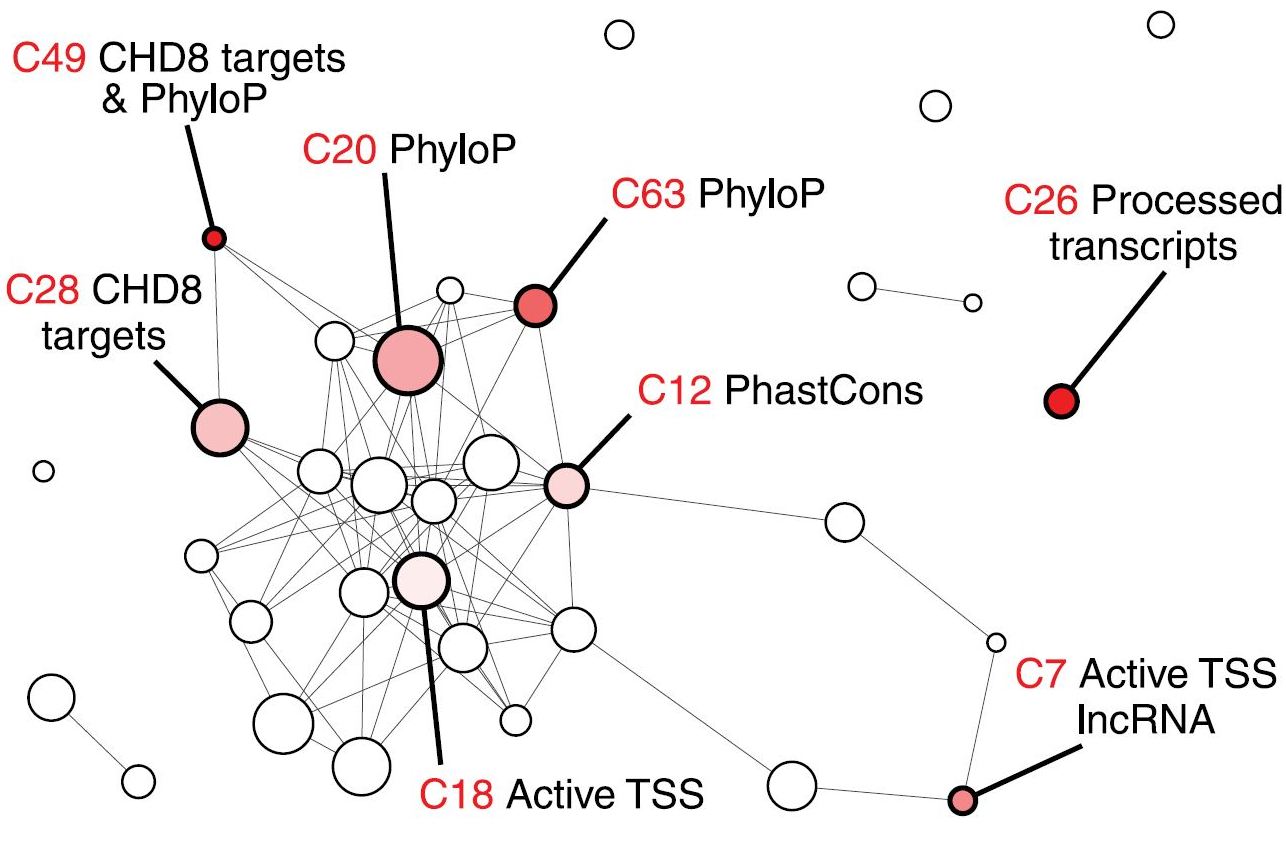 Department of Psychiatry researchers and their colleagues recently published findings from the largest study to date for whole-genome sequencing in autism in the journal Science.  The article is one of the first papers released in the initial round of results to emerge from the National Institute of Mental Health’s PsychENCODE Consortium — a nationwide research effort that seeks to decipher how noncoding DNA, often referred to as the ‘dark matter’ of the human genome, contributes to psychiatric diseases such as autism, bipolar disorder and schizophrenia. The University of Pittsburgh team, led by Bernie Devlin, PhD, Professor of Psychiatry and Clinical and Translational Science, collaborated with colleagues from  Carnegie Mellon University, the University of California at San Francisco, Massachusetts General Hospital, Harvard Medical School and the Broad Institute on the project.

Over the past decade, scientists have identified dozens of genes associated with autism by studying so-called “de novo” mutations — newly arising changes to the genome found in children but not their parents. To date, most de novo mutations linked to autism have been found in protein-coding genes. It has proven far more difficult for scientists to identify autism-associated mutations in noncoding regions of the genome. Dr. Devlin and his colleagues studied families comprised of both biological parents, a child affected with autism and an unaffected sibling. Using statistical models to analyze data from nearly 2,000 families, the researchers discovered and assessed tens of thousands of rare mutations in noncoding DNA sequences to investigate if they contribute to autism spectrum disorder.

“We were particularly interested in the elements of the genome that regulate when, where and to what degree genes are transcribed. Understanding this noncoding sequence could provide insights into a variety of human disorders,” said Dr. Devlin.

“Protein-coding genes clearly play an important role in human disorders like autism, yet their expression is regulated by the ‘noncoding’ genome, which covers the remaining 98.5 percent of the genome and remains somewhat mysterious,” added Carnegie Mellon’s Kathryn Roeder, PhD, UPMC Professor of Statistics and Life Sciences and a co-author of the article. “Because the genome comprises three billion nucleotides, identifying which portions of the noncoding genome, when mutated, enhance the risk of autism is as challenging as looking for a needle in a haystack.”

Using a novel bioinformatics framework, the researchers were able to compress the search from billions of nucleotides to tens of thousands of functional categories that potentially contribute to autism. Working with these categories, they used machine learning tools to build statistical models to predict autism risk from a subset of the families in the study. They then applied this model to an independent set of families and successfully predicted patterns of risk in the noncoding genome. Though rare de novo mutations were found in many noncoding regions of the genome, the strongest signals arose from promoters — noncoding DNA sequences that control gene transcription. These promoter sequences also tended to be largely conserved across species, suggesting that any rare mutations that might arise in these promoters are more likely to disrupt normal biology.

The team’s findings have practical implications for future research on model organisms, like mice, as attempts are made to move toward genetically informed therapies for autism, but the value of studying the noncoding genome extends well beyond autism.