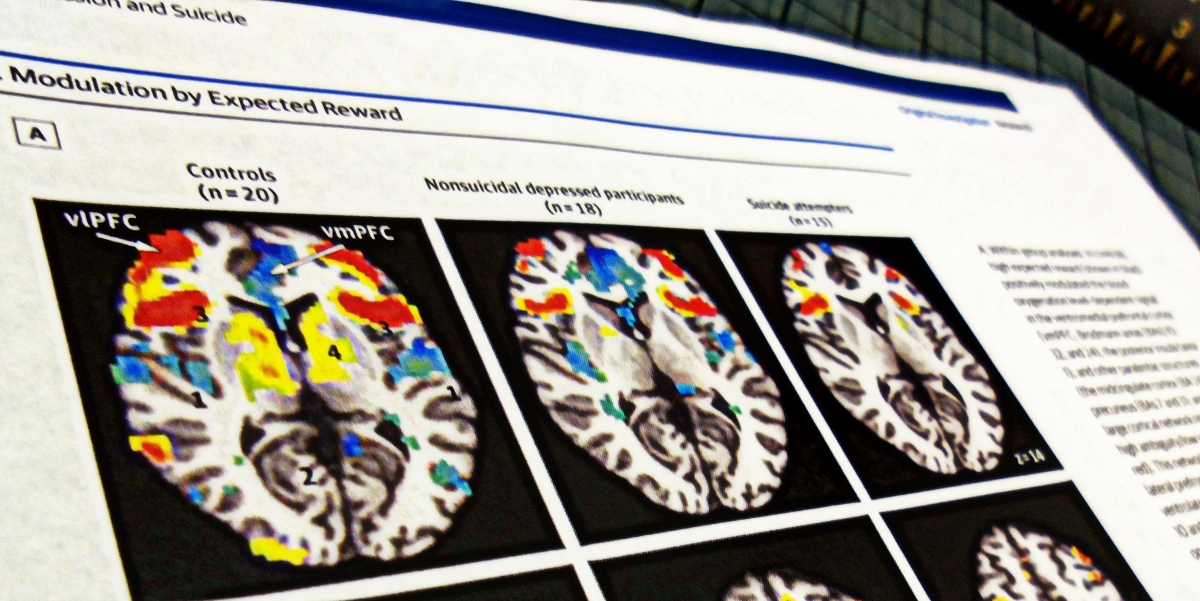 Suicidal behavior is heterogeneous and we know little about the many pathways that lead to it. In a recent article appearing in JAMA Psychiatry, Alex Dombrovski and his colleagues investigated changes in brain signals that may contribute to bad decisions in older suicidal patients. The researchers theorized that for some people, vulnerability to suicidal behavior may arise from impairments in the decision-making process. They had previously found that a major contributing factor to such a deficiency is the misjudgment of future rewards and punishments. When an individual makes the final decision to take his or her life, they often misjudge the future consequences.

Dr. Dombrovski and his team conducted a case-control functional magnetic resonance imaging study of reward-guided behavior using a reinforcement learning model. A sample of 53 individuals aged 60 years or older was recruited, including 18 depressed patients who had never attempted suicide, 15 depressed patients with previous suicide attempts, and a control group of 20 control subjects in good psychiatric health. These patients performed an instrumental learning task in which they had to choose between two pictures. Over the course of 300 trials, one picture was more likely to result in reward and the other in negative feedback.  However, for each 25 trials, the "reward" picture was changed at random, resulting in unexpected negative feedback.

People with a history of suicide attempts displayed blunted signals to expected reward in the paralimbic cortex. This blunting was most extreme in individuals who reported high levels of impulsivity, had poorly planned suicide attempts, disregarded feedback on the instrumental learning task, and made bad bets on a gambling task. On the other hand, patients with depression, compared to controls, displayed blunted corticostriatothalamic responses to unexpected rewards, paralleled by oversensitivity to punishments.

The study by Dombrovski and colleagues contributes to our understanding of alterations in the brain's reward circuits that underlie bad decisions in suicidal people, and possibly the final decision to take one's life. Their findings also suggest that, in depression, cortical representations of reward contingencies are not properly updated by the experience of surprising rewards.

The results of this investigation were published in JAMA Psychiatry.  Click here for a link to the abstract.