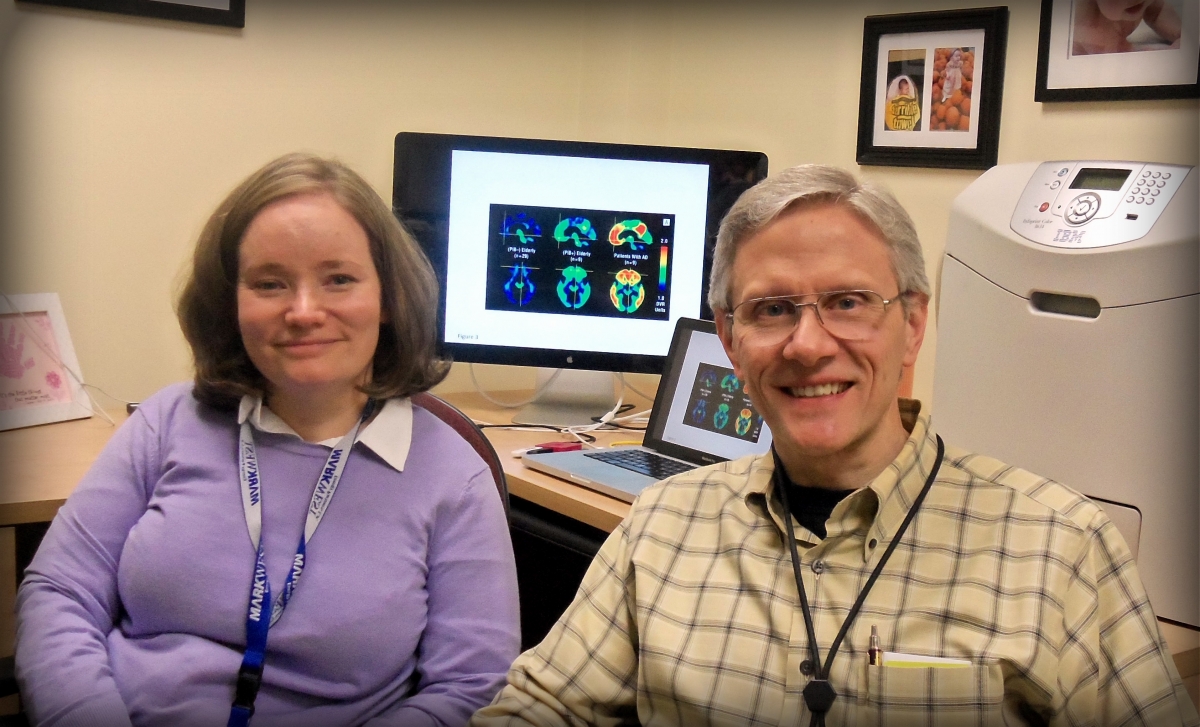 Drs. Ann Cohen and William Klunk, members of the Department of Psychiatry faculty and prominent researchers at the University of Pittsburgh Alzheimer Disease Research Center, reviewed the literature and focused on the use of Pittsburgh Compound-B and Fluor-2-deoxy-D-glucose-PET, and their relationship to one another. They found that the use of in vivo amyloid imaging agents (such as PiB) and markers of neurodegeneration (such as FDG) are able to detect early Alzheimer's disease pathological changes and subsequent neurodegeneration. Therefore, imaging with PiB and FDG-PET has many potential clinical benefits including early or, perhaps, preclinical detection of Alzheimer's disease and accurately distinguishing Alzheimer's disease from dementias of other etiologies in patients presenting with mild or atypical symptoms or confounding comorbidities in which the diagnostic distinction is difficult to make clinically.

From a research perspective, this allows investigators to study relationships between amyloid pathology and changes in cognition, brain structure, and function across the continuum from normal aging to mild cognitive impairment to Alzheimer's disease.

This article appeared in the December 2014 issue of the journal Neurobiology of Disease. Click here to view the abstract.