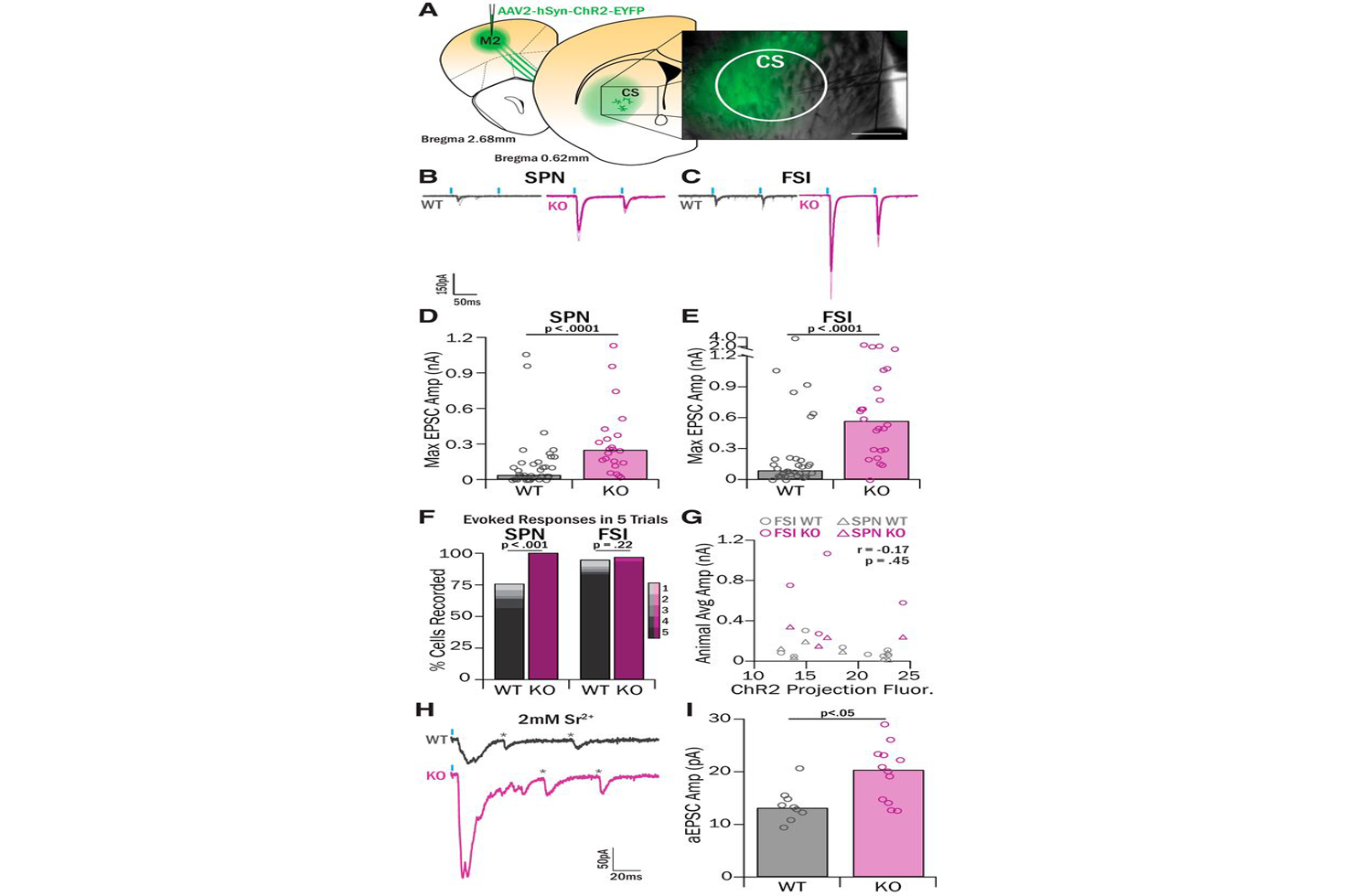 Compulsive behaviors are some of the most debilitating symptoms of obsessive-compulsive disorder (OCD). Unfortunately, these behaviors are notoriously resistant to current treatments. A recent study by Pitt Department of Psychiatry researchers is the first to identify abnormal connectivity between two brain regions, secondary motor area and striatum, as a possible cause of compulsive behavior, potentially opening the door to new types of treatments for OCD and related disorders.

The new study, which was led by Associate Professor Susanne Ahmari, MD, PhD, used an OCD-like mouse model to probe the neural mechanisms that underlie compulsive behaviors. The new findings were published in the Journal of Neuroscience.

“It's important to try to understand what happens in the brain when you have a compulsive behavior,” said Dr. Ahmari. “This is the first clue to trying to figure out how to stop these compulsions in their tracks—to potentially prevent them, decrease them, or make it easier for people to resist them.”

For this study, the research team used genetically modified mice that compulsively overgroom themselves to the point of sometimes developing skin lesions. While grooming is a normal behavior for mice, these mice do it so much that it interferes with their sleeping, eating, mating, and taking care of offspring.

Based on earlier studies, they hypothesized that a brain region called the lateral orbital frontal cortex (LOFC) might be involved, but preliminary experiments prompted them to look for other candidates, too. To examine connected brain regions, the researchers injected a retrograde tracer into the striatum of control mice. This tracer labeled in gold those areas of the mouse brain that send neural connections to the striatum.

The team next turned to a technique called optogenetics, using light to selectively turn on neuronal connections from either the LOFC or M2 to the striatum in slices of brain tissue from the OCD-like mice and control mice.

To their surprise, the researchers found neural connections from the LOFC were weaker in the striatum in the OCD-like mice compared to the control mice. However, they also found that neural connections from M2 to the striatum were dramatically strengthened in the mouse model of OCD. In fact, optogenetically activating the M2 connections led to striatal activity that was six times higher in the mouse model of OCD than in the control mice.

“This was really exciting to us because it was an area that we hadn't predicted was going to be involved,” said Dr. Ahmari. Intriguingly, other studies have implicated areas in the human brain that are thought to be similar to M2 as being involved in OCD, and there’s even some evidence that these areas may be potential targets for new OCD treatments such as transcranial magnetic stimulation. However, Dr. Ahmari cautions that this connection should be taken with a grain of salt at this point.

“It's not that any individual animal model is going to be a model for a complex neuropsychiatric disorder like OCD. That's why it's important for us to do a variety of different studies in animals and humans and try to translate information back and forth between the two of them,” she said. “But what we can do is use these models to study abnormal behavior. This gets us much closer to understanding what happens when an animal is engaged in compulsive behavior and therefore how we might be able to intervene to prevent it or treat it.”