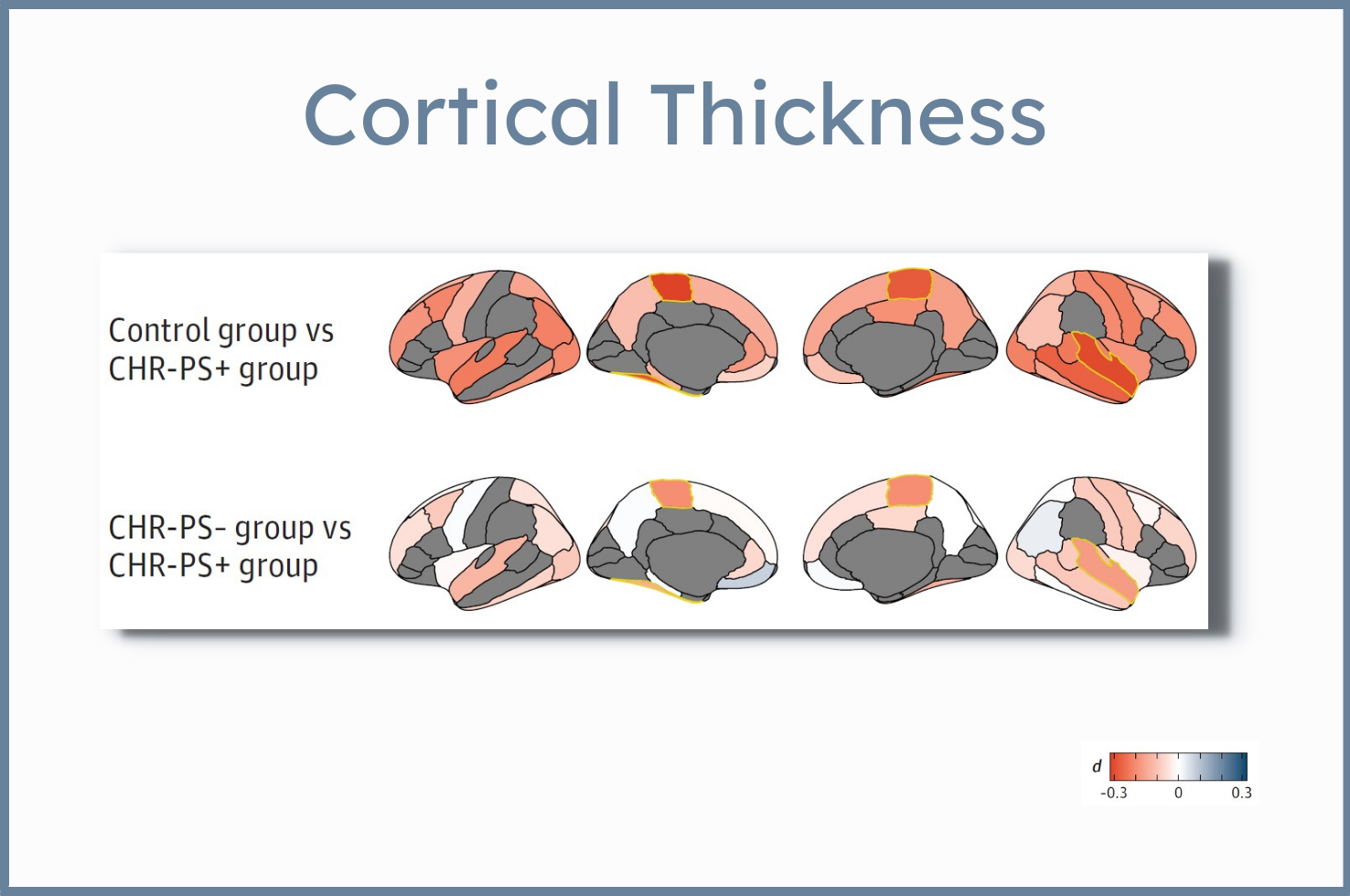 In 2018, an international group of scientists founded the Enhancing Neuro Imaging Genetics Through Meta-Analysis (ENIGMA) Clinical High Risk for Psychosis Working Group to improve understanding of brain differences in individuals with clinical high risk for developing psychosis, who later develop a psychotic disorder, compared with those who do not.

Reduced cortical thickness has been observed in individuals with schizophrenia and other psychiatric disorders. The results of the study showed widespread cortical thinning in individuals at clinical high risk for psychosis, even in younger participants between the ages of 12 and 16, compared with unaffected study participants. In youth who later developed psychosis, a thinner cortex was most pronounced in fusiform, superior temporal, and paracentral regions.

“Adolescence is a critical time in a child’s life – it’s a time of opportunity to take risks and explore, but also a period of vulnerability,” said Dr. Jalbrzikowski. “We could be seeing the result of an aberration that occurred even earlier in brain development but only begins to influence behavior during this developmental stage.”