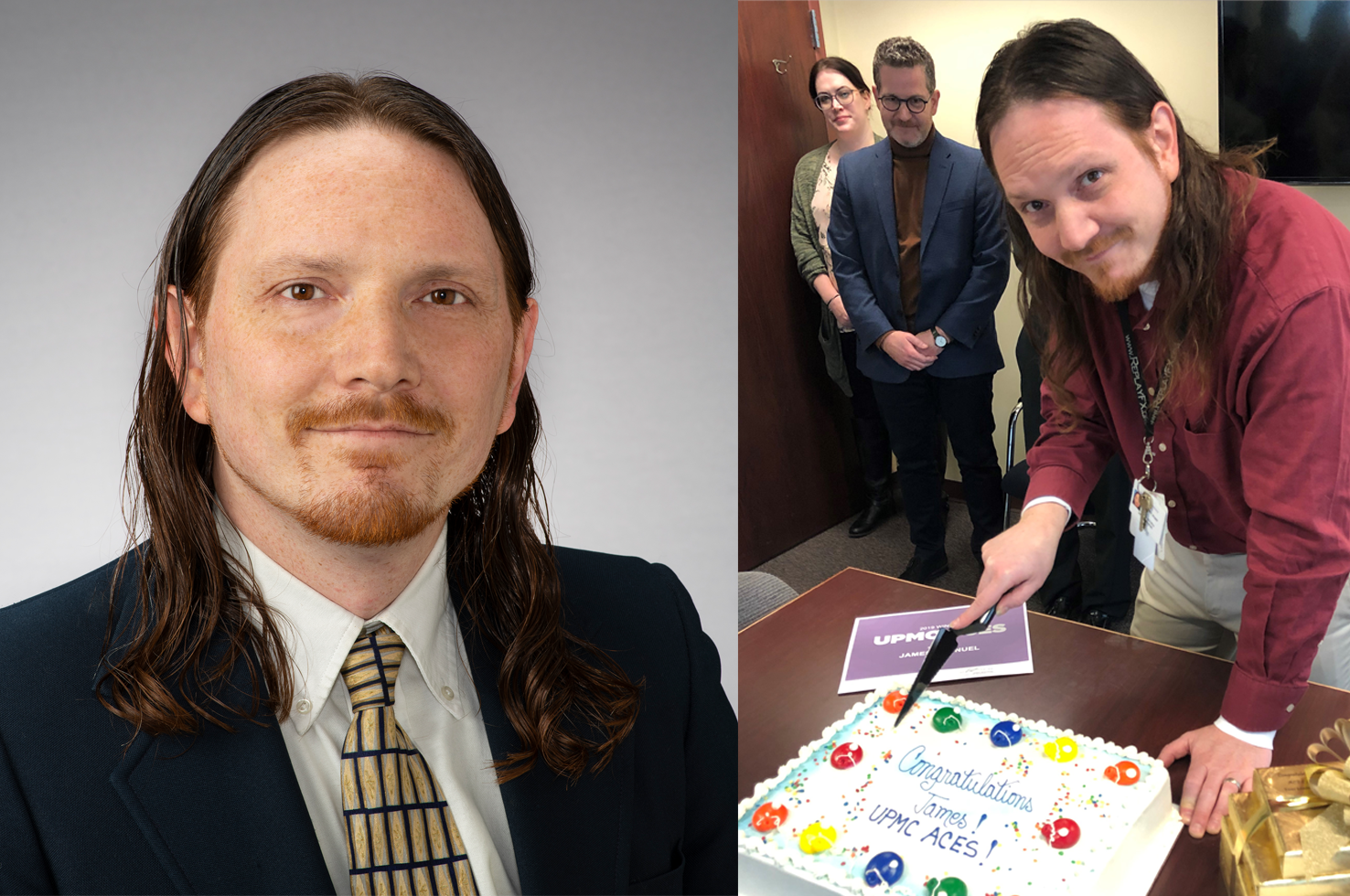 The Department of Psychiatry is thrilled to congratulate James Emanuel, who has received a 2019 UPMC ACES award for his outstanding work in Pitt Psychiatry research. This prestigious award, received by fewer than 1% of UPMC staff annually, honors individuals who regularly go above and beyond.

As Lead Research Project Coordinator for the Lithium As a Treatment to Prevent the Impairment of Cognition in Elders (LATTICE) study, a National Institute of Aging (NIA)-funded double-blind placebo-controlled dementia prevention trial (PI: Ariel Gildengers, MD), James coordinates all aspects of the study implementation.

Dr. Gildengers described James’s substantial impact on the success of LATTICE: “James Emanuel is an outstanding research coordinator. He has been critical to both the study’s launch as well as to maintaining its momentum. Our successful recruitment is a result of his efforts. He has been instrumental to addressing the administrative oversight, interfacing with the IRB and NIH as well as Clinical Trials.Gov. Due to the success of the study, we have been able to obtain an additional funding from the NIA to enhance PET biomarker imaging of amyloid and tau.”

Dr. Karp added: “His calm presence and expansive knowledge about protocols, safe and caring treatment of research participants, as well as regulatory concerns, has greatly contributed to our team’s research success.”

Dr. Stahl noted James’s clinical expertise, as well as the goodwill he has established among his co-workers: “Over the last five years, several new grants have been awarded to our group and everyone wants James to coordinate their clinical trial. He is expert in the clinical assessment and management of depression and bipolar in older patients. He trained me on several clinician-administered assessments for depression—he is that good. Additionally, James is well liked by everyone in our building (yes, the whole building).”

Reflecting on this honor, James said, “I am absolutely stunned. Even amongst my immediate colleagues, there are many I might deem as more deserving. I do happen to be lucky enough to work on an extremely compelling project. It’s rare to get a chance to investigate a potential preventative treatment for a disease with a public health impact so large as dementia at a time when no disease modifying treatments yet exist. (And we are still enrolling and looking for people age 60 or older with Mild Cognitive Impairment!)”