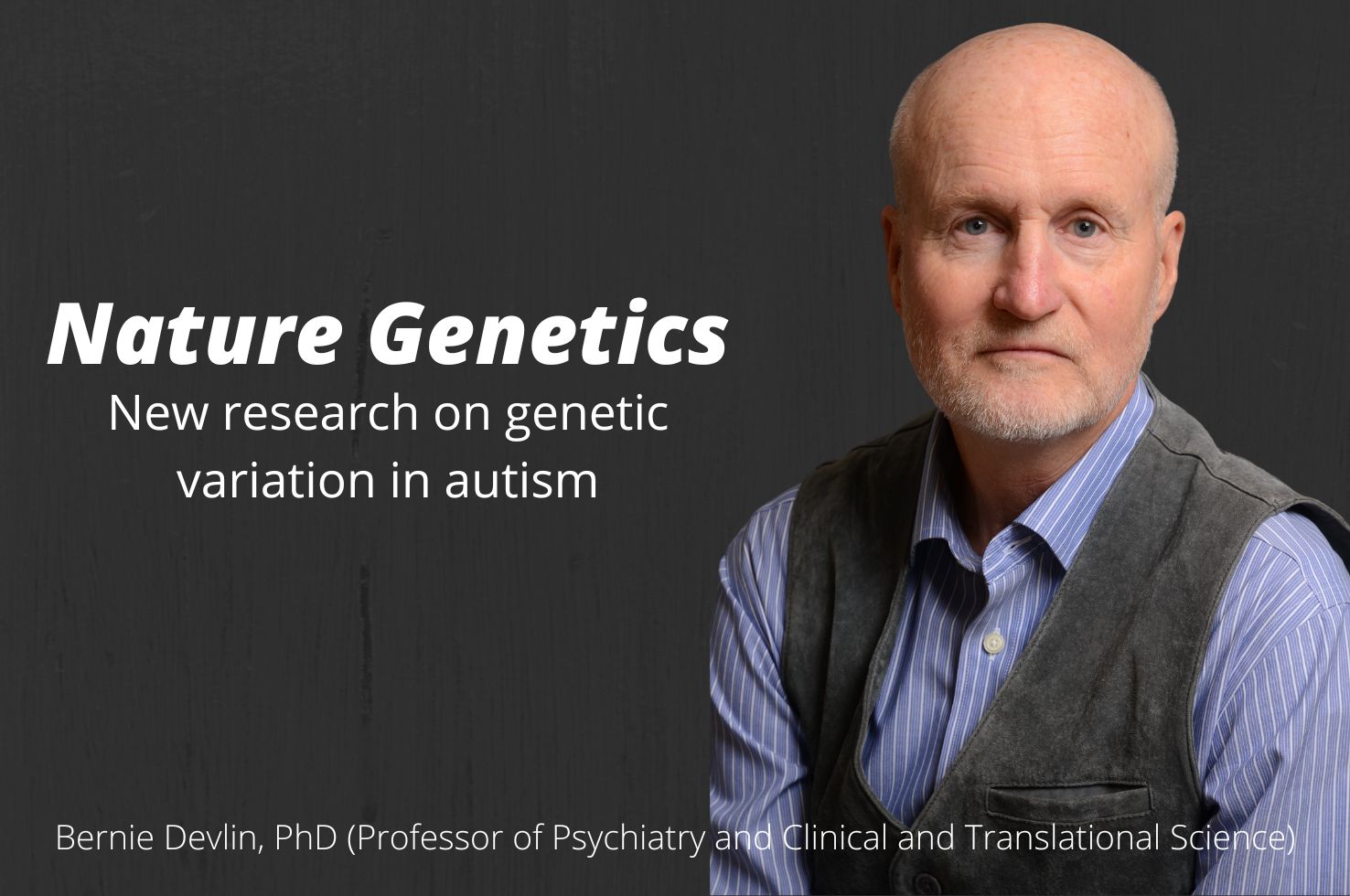 An international consortium of scientists from fields including psychiatry, genetics, genomics, pediatrics, and statistics have published a study in Nature Genetics reporting the discovery of 185 genes significantly associated with autism spectrum disorder (ASD), and more than 300 genes associated with autism or other types of developmental delay. The consortium evaluated genetic data from a cohort of more than 63,000 individuals with and without autism, as well as a cohort of 90,000 individuals that included 30,000 children diagnosed with some form of developmental delay and their parents.

Bernie Devlin, PhD (Professor of Psychiatry and Clinical and Translational Science), served as principal investigator for one of the four analytical teams in the consortium, and is a corresponding author on the paper. “This field has experienced a rapid evolution of discovery and knowledge in recent years, partly due to the numerous families who contributed samples for analysis, and partly due to statistical methods we have developed that enabled us to extract information from the data more efficiently, and with much finer precision. We now have a vastly improved understanding of which genes are more associated with ASD and which are more associated with profound developmental delay,” said Dr. Devlin.

The group’s goal is to identify the particular genes that can help scientists improve our understanding of some of the social features and repetitive behaviors in autism. “This is incremental work,” said Dr. Devlin. “Disentangling the relative impact of individual genes on neurodevelopment and phenotypic spectra is a daunting yet important challenge.”