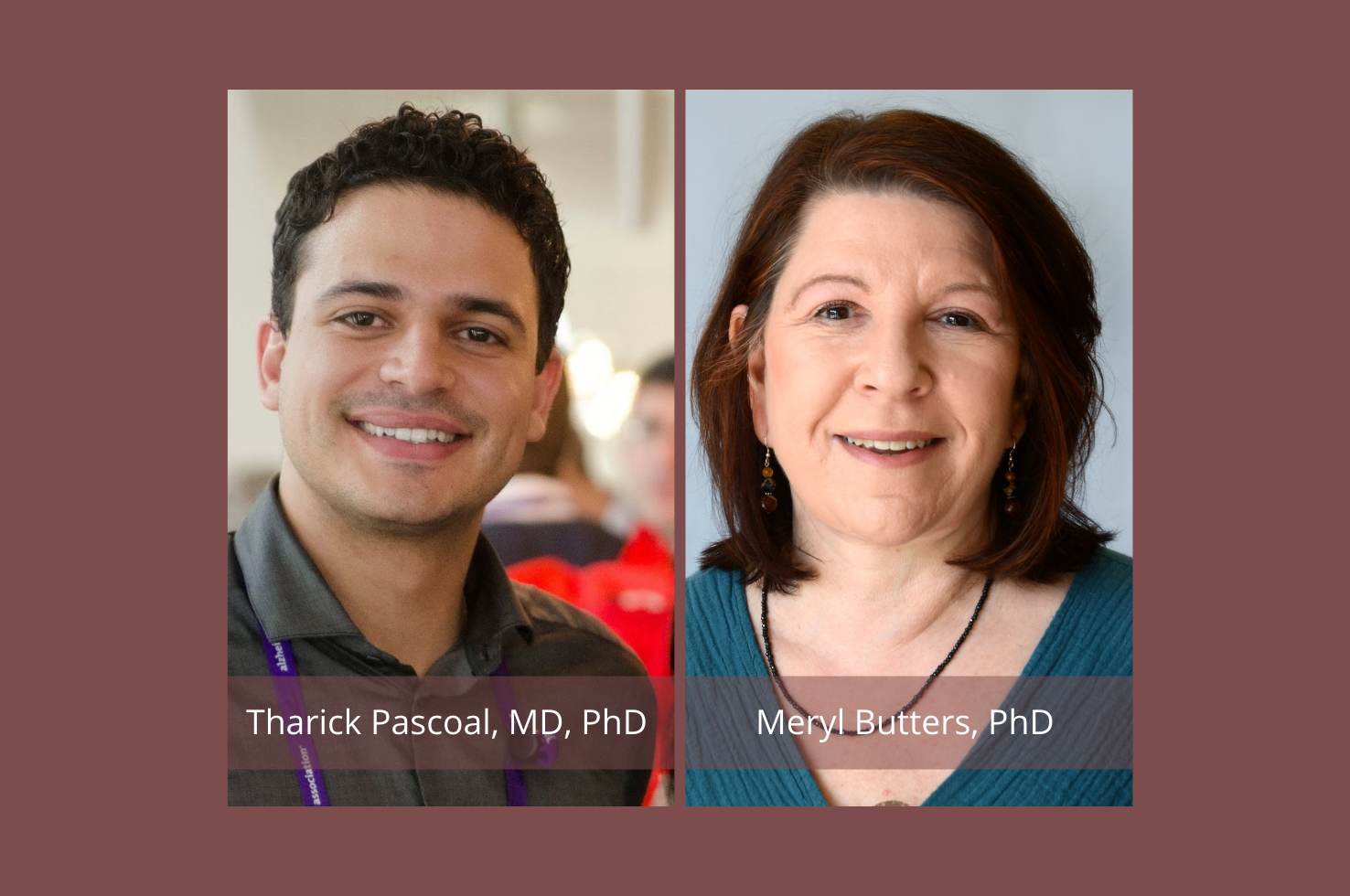 Scientists including Tharick Pascoal, MD, PhD (Assistant Professor of Psychiatry and Neurology) from Pitt Psychiatry have published the discovery and validation of a new blood biomarker of Alzheimer’s disease which, for the first time, can produce remarkably early detection of the pathology.

The quantification of phosphor-tau231 (p-tau231) in cerebrospinal fluid or plasma has shown great promise in detecting early Alzheimer's disease pathophysiology. To determine its usefulness as a blood biomarker, the investigators developed the first ultrasensitive single molecule array for the quantification of plasma p-tau231.

The team detected plasma p-tau231 in 20 patients with Alzheimer’s disease and 18 age-matched comparison subjects. Subsequently, the team evaluated the new blood biomarker in multiple scenarios: 313 individuals assessed in a research setting; 190 patients in a real-life primary care setting; 47 samples from a neuropathology cohort.  They found that p-tau231 plasma was correlated with p-tau217 and p-tau181 (a plasma biomarker previously developed by the same group), but unlike the other blood biomarkers for Alzheimer’s disease, p-tau231 was associated with the earliest manifestations of the disease.

“The advantage of plasma p-tau231 is that it starts to increase earlier in the disease process than other markers. When patients have no symptoms, they have just started to develop amyloid pathology in the brain, but have detectable levels of p-tau231. Plasma p-tau231 opens the possibility of the identification of healthy elderly people who are more likely to develop dementia for inclusion in preventive clinical trials,” said Dr. Pascoal, co-first author of the study, which was recently published in Acta Neuropathologica.

In a prospective, longitudinal study of individuals age 60 or older, 185 participants with late-life depression and 114 comparison subjects without depression underwent annual comprehensive neuropsychological assessments and were followed for an average of five years.

The team found that as a group, individuals with a history of late-life depression did not experience more rapid cognitive decline than never-depressed comparison participants but they did exhibit significant baseline cognitive impairment, which is likely responsible for the increased incidence or risk of dementia.

Individuals with early-onset depression, while not exhibiting more rapid decline, did exhibit significant impairment in attention/information processing speed and global cognitive function, which places them at risk for earlier clinical diagnosis of dementia, and suggests that there are cognitive effects of cumulative depression exposure.