Now in Molecular Psychiatry: Chronic Sleep Fragmentation and Its Effect on Neural Activity in the Medial Habenula 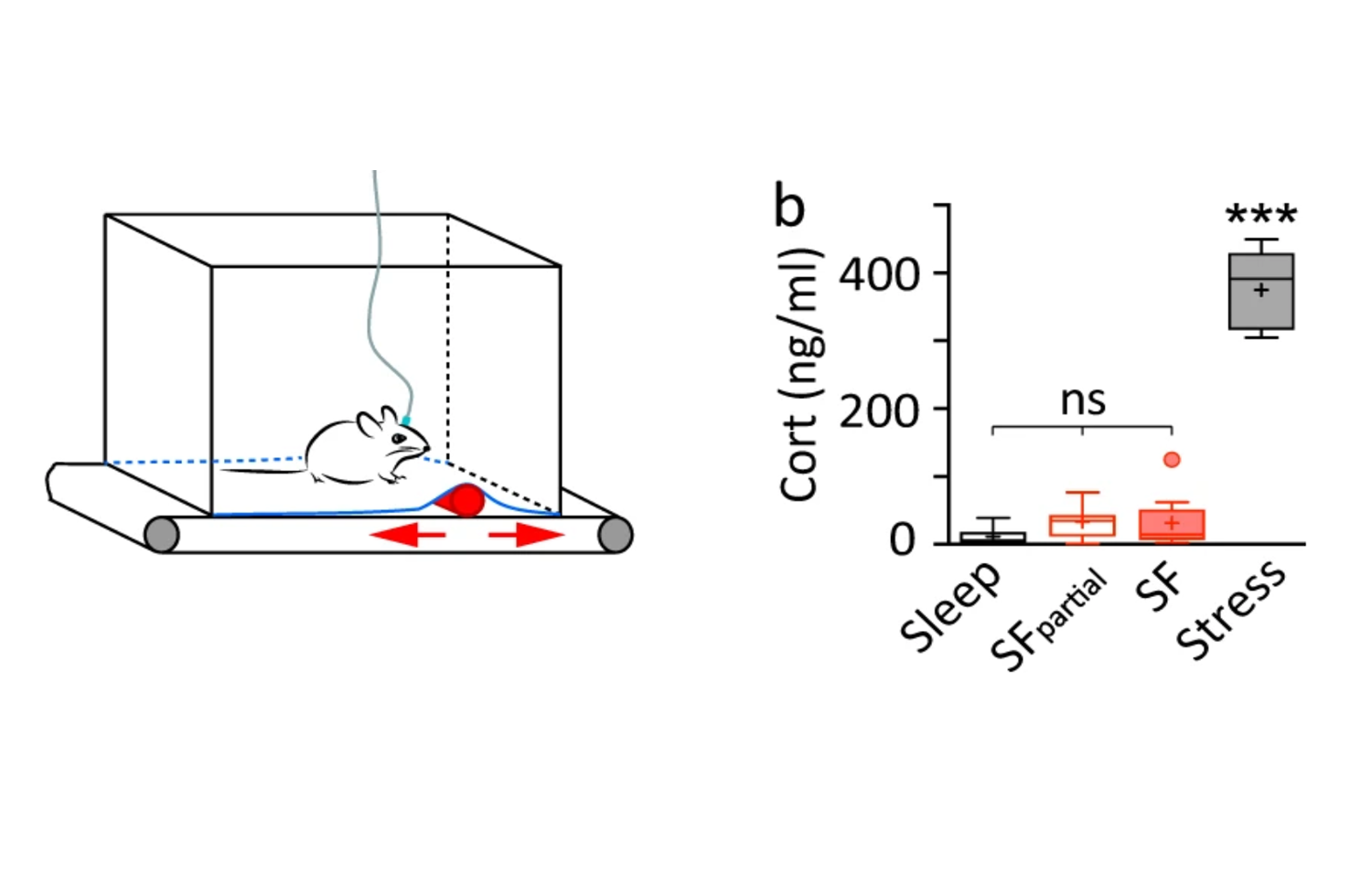 Associate Professor of Psychiatry Yanhua Huang’s primary research interest is the interaction between sleep and reward processing in the brain. She focuses on whether and how sleep, or the lack of it, impacts the brain’s reward circuitry. “Sleep does a lot,” Dr. Huang said. “It restores our cognitive selves and rebalances our emotional selves.”

“Over the past few years we have observed interesting correlations between REM sleep changes and altered reward seeking behaviors. While it is fascinating to make the sleep-reward connections, it has been a great challenge to identify potential neural mechanisms,” she continued. A study published in Molecular Psychiatry identifies REM sleep-induced changes in the medial habenula, a successful attempt at linking REM sleep mechanisms with emotion and motivational regulations.

The research team modeled chronic insomnia in mice by inducing chronic (REM) sleep fragmentation, and focused on the medial habenula, a phylogenetically old brain structure that  has been known for its role in sleep and motor control but is increasingly recognized for mood and reward regulation.

Dr. Huang and her team prepared brain slices and placed an electrode close to the cell body to eavesdrop on the firing. They observed an increase in the spontaneous firing of cholinergic neurons in the medial habenula after chronic sleep fragmentation. As cholinergic neurons are the main output neurons of the medial habenula, the increased firing of these cells following sleep fragmentation may have important behavioral consequences. “As an electrophysiologist, I would like to know the ion channels or receptors that mediate this change,” Dr. Huang said.

The team identified the putative ion channel—a two-pore domain potassium channel called KCNK9—whose reduced function led to depolarization of the resting membrane potential and increased spontaneous firing following sleep fragmentation. “This is an interesting substrate,” Dr. Huang observed. “These channels have already made their fame in the brain stem breathing center to sense blood pH to regulate breathing. Now they may be in the medial habenula to sense REM sleep debt.”

How may this firing change in the medial habenula affect behavior? “We don’t know yet,” Dr. Huang said, “but there are speculations.” Increase of medial habenula cholinergic activity and the downstream targets have been implicated in major depressive disorder, anxiety and drug addiction. The team is interested in finding out whether REM sleep disturbance, a common comorbidity of various psychiatric diseases, engages the medial habenula circuit to impact mood and motivation regulation.

“I am reminded of the old adage: the more we learn, the less we know,” Dr. Huang said, “Many cholinergic cells throughout the brain are regulated by REM sleep, and questions remain regarding whether those would impose powerful regulations of the reward system in healthy and disease conditions.”