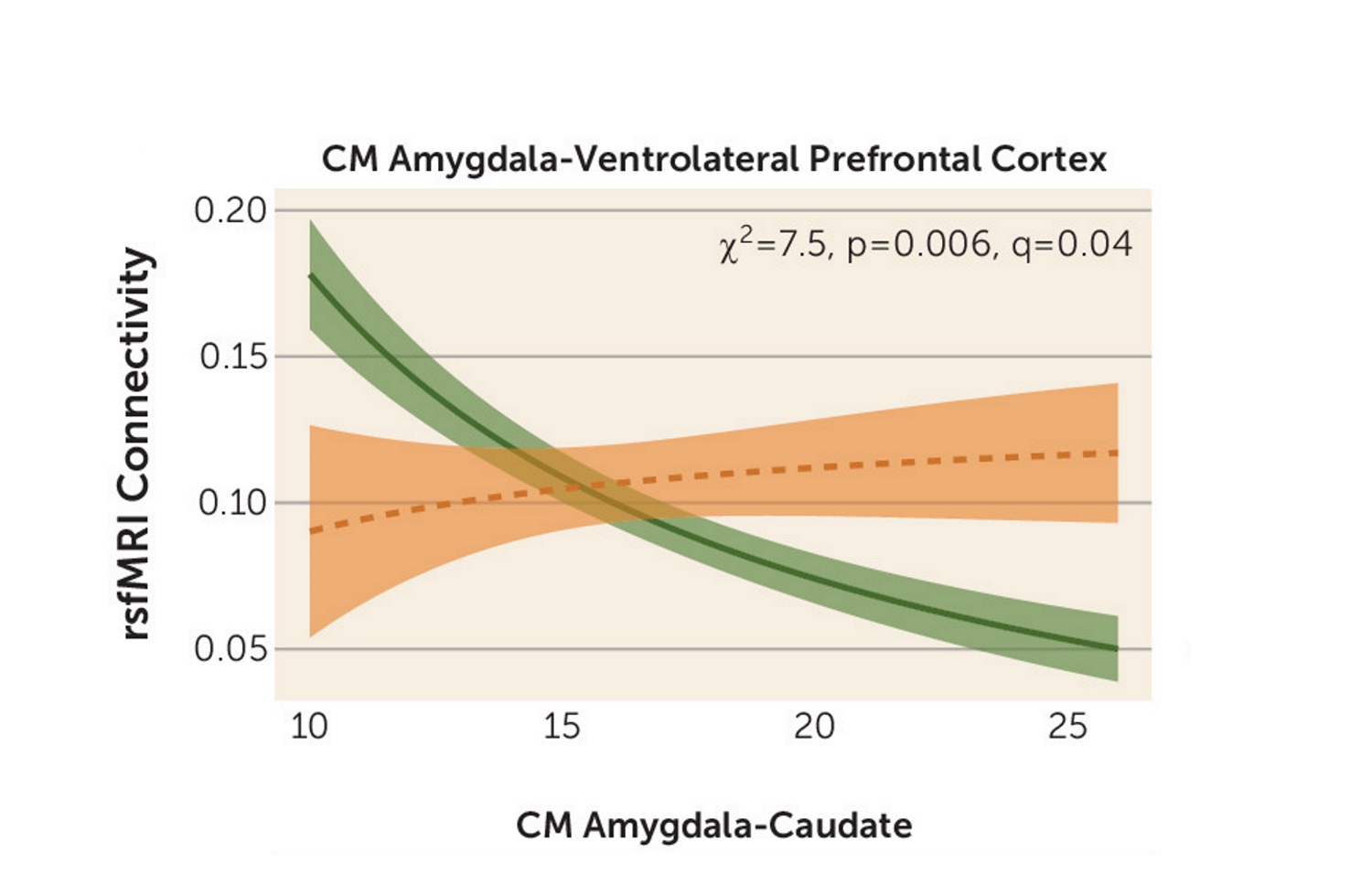 Examining brain development and changes in connectivity during adolescence is critical to developing a deeper understanding of psychosis spectrum disorders, which often emerge during the transition from adolescence to adulthood. The amygdala, a key brain region associated with emotion regulation processes that undergo significant changes during adolescence, is closely linked with psychosis.

It is possible to approach an understanding of the neural basis of affective impairment in psychosis by examining how amygdala connectivity is affected in psychosis. Researchers including Maria Jalbrzikowski, PhD, and Beatriz Luna, PhD, from the Department of Psychiatry, created a growth chart of amygdala connectivity development to help understand abnormal development of this connectivity in young people with psychosis. Characterizing age-associated deviations from normal connectivity of the amygdala to other brain regions can potentially help psychiatrists identify patients who are at greater risk for developing psychosis.

The research team created a neuroimaging data set from 1,062 participants between the ages of 10 and 25, including individuals with psychosis spectrum disorders, those with other psychopathology and a control group of individuals without symptoms of psychosis or affective disorders. The findings of this study, recently published in the American Journal of Psychiatry, confirmed the research team’s hypothesis that the typical decrease in centromedial amygdala connectivity with age does not occur in young people exhibiting psychosis symptoms. They found that the psychosis spectrum group exhibited reduced centromedial amygdala connectivity with distinct brain regions during late childhood and adolescence, but in contrast to the control group, the decline did not continue through late adolescence and into adulthood. This disruption may underlie difficulties with emotion regulation that often precede and predict the onset of psychotic symptoms. Furthermore, the investigators found that some of these patterns of age-related alterations in amygdala connectivity were specific to young people with psychosis spectrum disorders but were not observed in youths with other clinical features.

Dr. Jalbrzikowski commented on the implications of the study: “This is really just the first step. Replication and longitudinal assessment of the psychosis spectrum youth is necessary. In the future, I believe that we will be able to use growth charts to identify alterations in neurodevelopmental trajectories, leading to earlier detection and intervention in psychiatric disorders.”