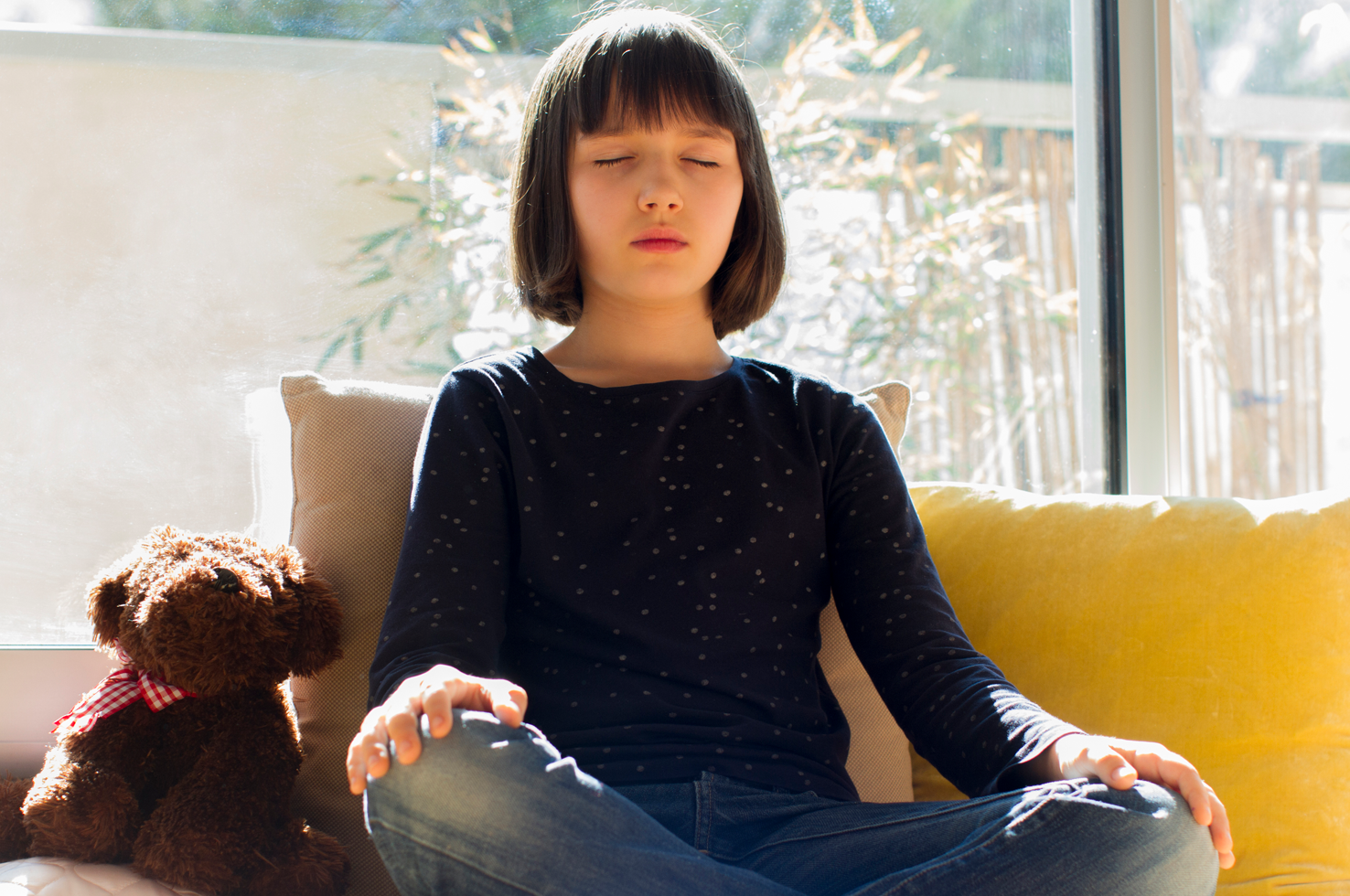 Young people who have parents or siblings with bipolar disorder are at higher risk for developing this disorder than are individuals without a family history. Among those high-risk youth, mood lability—rapid and frequent mood changes that can be disproportionate to current circumstances—is associated with psychosocial impairment and often predictive of future onset of bipolar disorder.

A research team including Danella Hafeman, MD, PhD; Mary Phillips, MD, MD (Cantab); Boris Birmaher, MD; and Tina Goldstein, PhD, conducted a pilot study, which was recently published in Journal of Affective Disorders. Their goal was to assess whether mindfulness-based intervention in at-risk youth could be associated with improvements in mood lability. This work was supported by a Depression Fellowship from the Third Generation Klingenstein Foundation to Dr. Hafeman. Mindfulness-based interventions—practices that promote non-judgmental attention to the present—can help individuals respond with acceptance to challenging circumstances or emotions and is a promising approach to treatment of mood lability. Such interventions may also improve response to stressful or traumatic life events, which can help prevent the onset of mood disorders.

“Understanding mindfulness-related brain changes may provide a window into modifiable neural circuitry underlying emotion regulation and, more broadly, resilience to stress,” said Dr. Hafeman, first author of the study. “We focused on one neural marker—functional connectivity between dorsolateral prefrontal cortex and posterior cingulate—that has been shown in three adult studies to increase after a mindfulness intervention, and to be associated with improved response to stress. We wanted to assess this potential neural mechanism in early adolescence, since this is an important period of neural plasticity and risk for mood disorders, especially for those who are at familial risk for bipolar disorder and already have mood symptoms.”

The investigators recruited 35 young people between the ages of 10 and 14 with elevated mood lability and who had a parent or sibling with bipolar disorder, as well as 21 age-matched youth without a personal or family history of bipolar disorder. Participants underwent an initial scan and completed questionnaires to assess depression and anxiety. At-risk youth attended eight sessions of a weekly mindfulness group and completed a second scan immediately after the last session, and then a follow-up assessment three months later. The control group did not attend mindfulness sessions but did undergo an initial scan, as well as a second scan 2–3 months later.

“These findings are exciting from an “experimental therapeutics” perspective: the mindfulness intervention moves the target (functional connectivity between the posterior cingulate cortex and the dorsolateral prefrontal cortex), which is then associated with downstream improvements in mood symptoms, said Dr. Hafeman. “Findings from this study also add to the body of literature showing increased functional connectivity between these areas following a mindfulness intervention. However, while promising, interpretations are limited because we did not have a control arm of our intervention. Thus, we don’t know if changes in brain or behaviors were related to the mindfulness intervention itself or other non-specific effects. To answer this important question, we hope to carry out a larger scale randomized controlled trial in the future.”

Dr. Goldstein, the paper’s senior author, added: “This translational work is incredibly exciting, as it both contributes meaningfully to our understanding of specific brain processes that underlie disorder and treatment response, and also offers great promise to modify trajectories for at-risk youth.”