Now in The Journal of Neuroscience: Regional Differences among Pyramidal neurons in the Working Memory Cortical Network 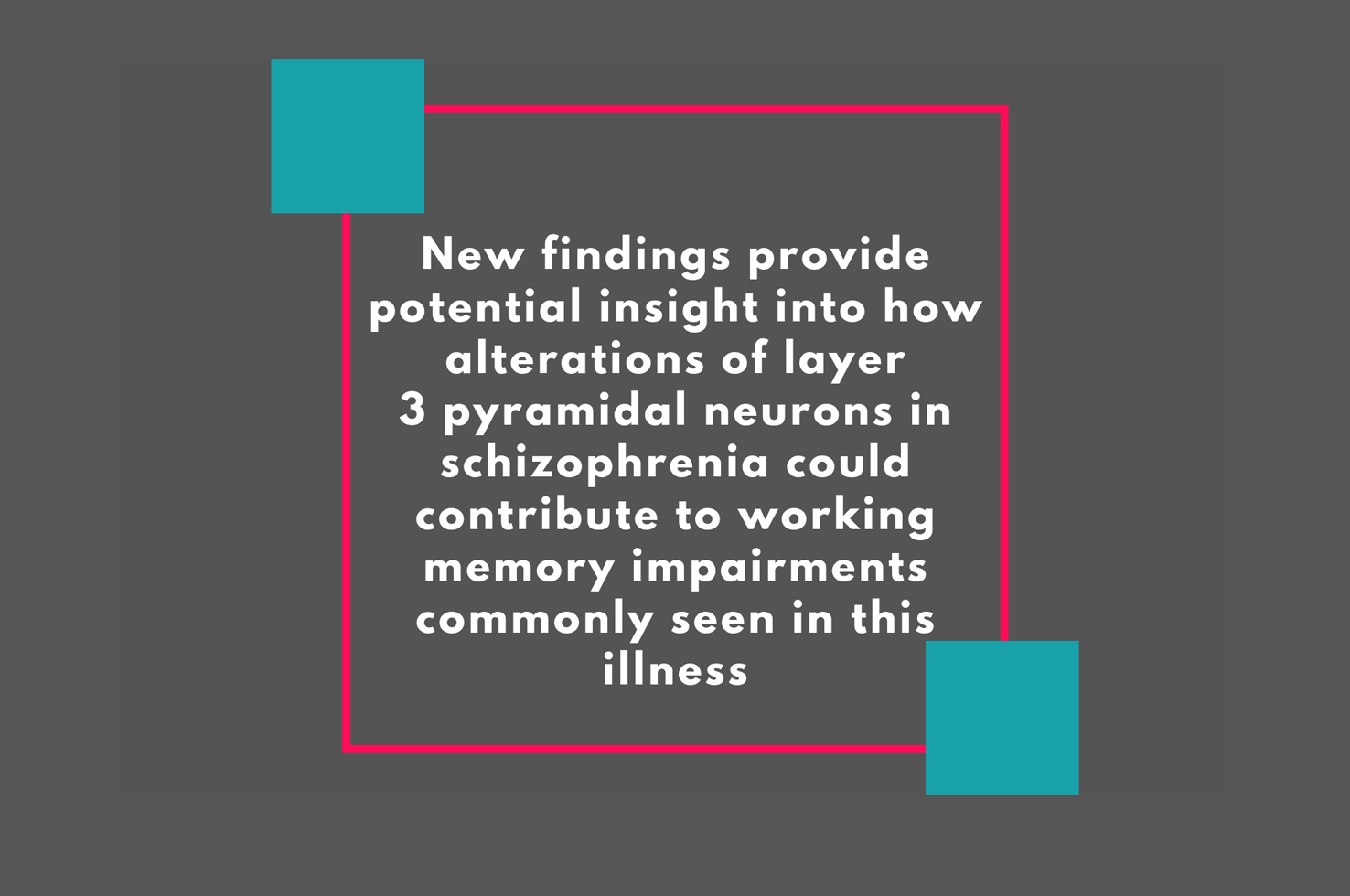 Working memory, the ability to maintain a limited amount of information “in mind” to guide everyday thoughts and behaviors, is a core cognitive process. Its function depends on activity in a network of brain areas distributed across the cerebral cortex. Each of these areas display different patterns of activity while information is being maintained. These differences are correlated with, and might depend on, distinctive properties of the neurons located in each area. For example, excitatory pyramidal neurons in cortical layer 3 differ significantly between primary visual and dorsolateral prefrontal (DLPFC) cortices. “However, the extent to which these neurons differ between DLPFC and other brain regions in the working memory network is less clear,” notes Dr. Guillermo González-Burgos, lead author of a study published in the Journal of Neuroscience.

“These findings might also provide insight into how alterations of these neurons in schizophrenia could contribute to the working memory impairments that are commonly seen in this illness,” noted co-author Dr. David Lewis.