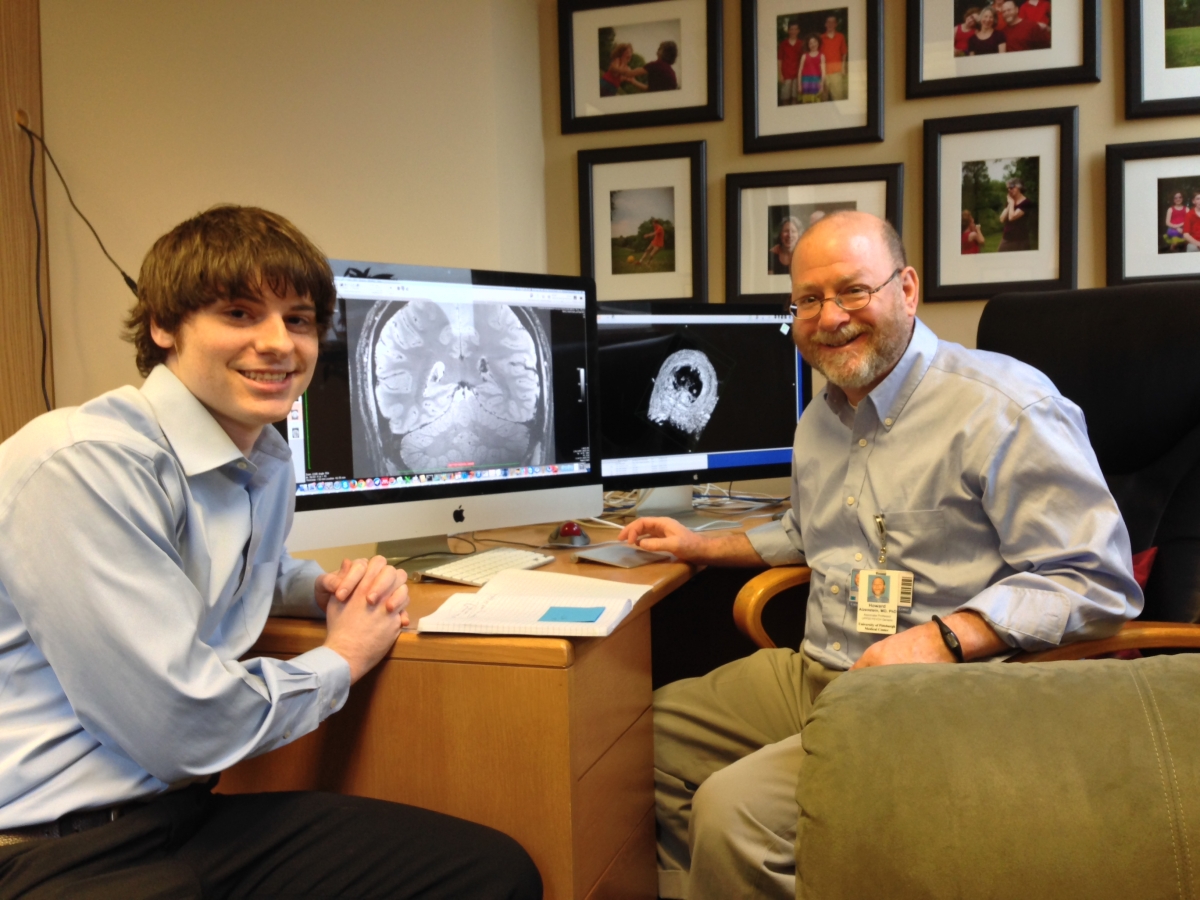 White matter hyperintensities (WMHs) have been shown to be associated with the development of late-life depression and eventual treatment outcomes.  In a study led by University of Pittsburgh medical student Alexander Khalaf and his mentor, Dr. Howard Aizenstein (pictured above), investigators examined longitudinal WMH changes in patients with late life depression during a 12-week antidepressant treatment course.

A total of 47 depressed elderly patients started pharmacological treatment for depression shortly after a baseline magnetic resonance imaging (MRI) scan. At 12 weeks, patients underwent a follow-up MRI scan and were categorized as either treatment remitters (n=23) or non-remitters (n=24). Among all patients, there was as a significant increase in WMHs over 12 weeks. When patients were stratified by remission status, non-remitters demonstrated a significant increase in WMHs, but this was not observed in remitters.  The investigators also examined other markers of brain integrity including whole brain gray matter volume, hippocampal volume, and fractional anisotropy. They observed no significant differences in any of these markers during treatment, including when patients were stratified based on remission status.

This is the first study to demonstrate similar findings over a short interval (i.e. 12 weeks), which corresponds to the typical length of an antidepressant trial.  The results of this project not only add to existing literature showing the association between WMH accumulation and late life depression treatment outcomes, they also highlight the acute interplay of cerebrovascular ischemic disease and late life depression.

This article appeared in the journal Neuropsychopharmacology.  Click here to view the abstract.