Dr. Rebecca Thurston’s Research Featured in the Journal Menopause and in Forbes Magazine 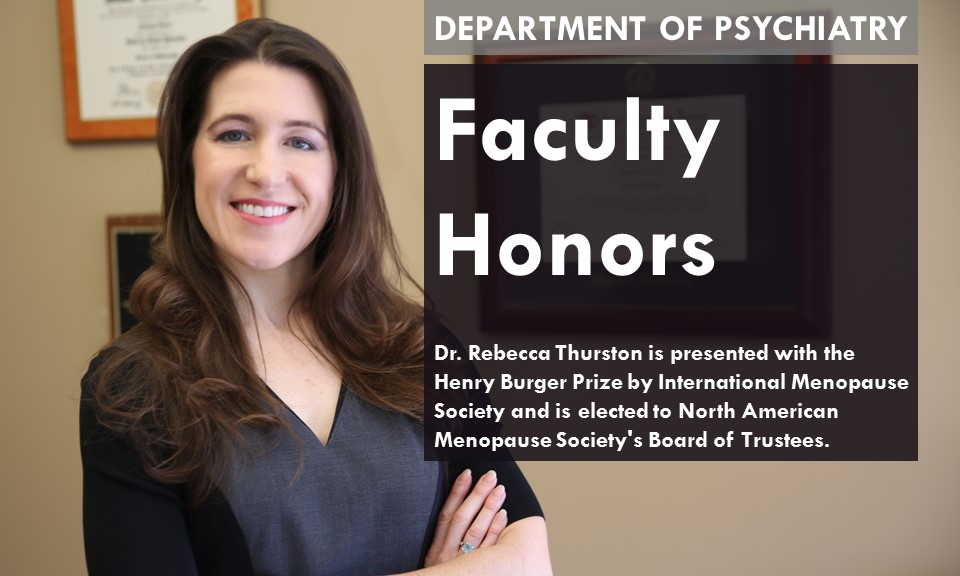 Findings by Dr. Rebecca Thurston indicate that traumatic experiences such as being in a serious accident or natural disaster, witnessing a shooting, or experiencing sexual assault or harassment could affect the cardiovascular system. The results of this study were presented by Dr. Thurston at the North American Menopause Society (NAMS) annual meeting in Philadelphia, PA and appear in the December issue of the journal Menopause. Her work was also featured in Forbes magazine’s article ”Being Sexually Harassed May Have Long-Term Physical Consequences”, and is particularly relevant in light of the recent sexual harassment allegations against high-profile individuals, catastrophic weather events, and mass shootings.

Dr. Thurston, Director of the Women's Behavioral Health Laboratory and Professor of Psychiatry, Psychology, and Epidemiology, determined how experiencing trauma may affect blood vessels and the cardiovascular system. Members of the team include University of Pittsburgh researchers Yuefang Chang, PhD; Emma Barinas Mitchell, PhD; and Karen Matthews, PhD, as well as Karestan Koenen, PhD, Harvard University and Roland von Känel, MD, University of Bern. They recruited nonsmoking, middle-aged women with no evidence of clinical cardiovascular disease and identified whether they had experienced any major emotional trauma, including suffering sexual harassment or unwanted sexual contact. The majority of these women reported that they had experienced at least one trauma, with unwanted sexual contact the most common type of trauma.The researchers then measured each subject's brachial artery flow mediated dilation, a measure of blood vessel endothelial function, and found that those who had more traumatic experiences had poorer functioning blood vessels. Women reporting a higher number of traumatic experiences (particularly three or more) had poorer blood vessel function, which can result in susceptibility to later cardiovascular disease. Potential confounders such as smoking, obesity, blood pressure, economic status, or medication use did not explain the associations between trauma and endothelial function.

Dr. Thurston is recognized nationally as a leader in the field of women’s health, particularly in the areas of menopause and the risk for cardiovascular disease in women. She is a member of the NAMS Board of Trustees and was appointed as a member of the NAMS Executive Committee at the annual meeting.