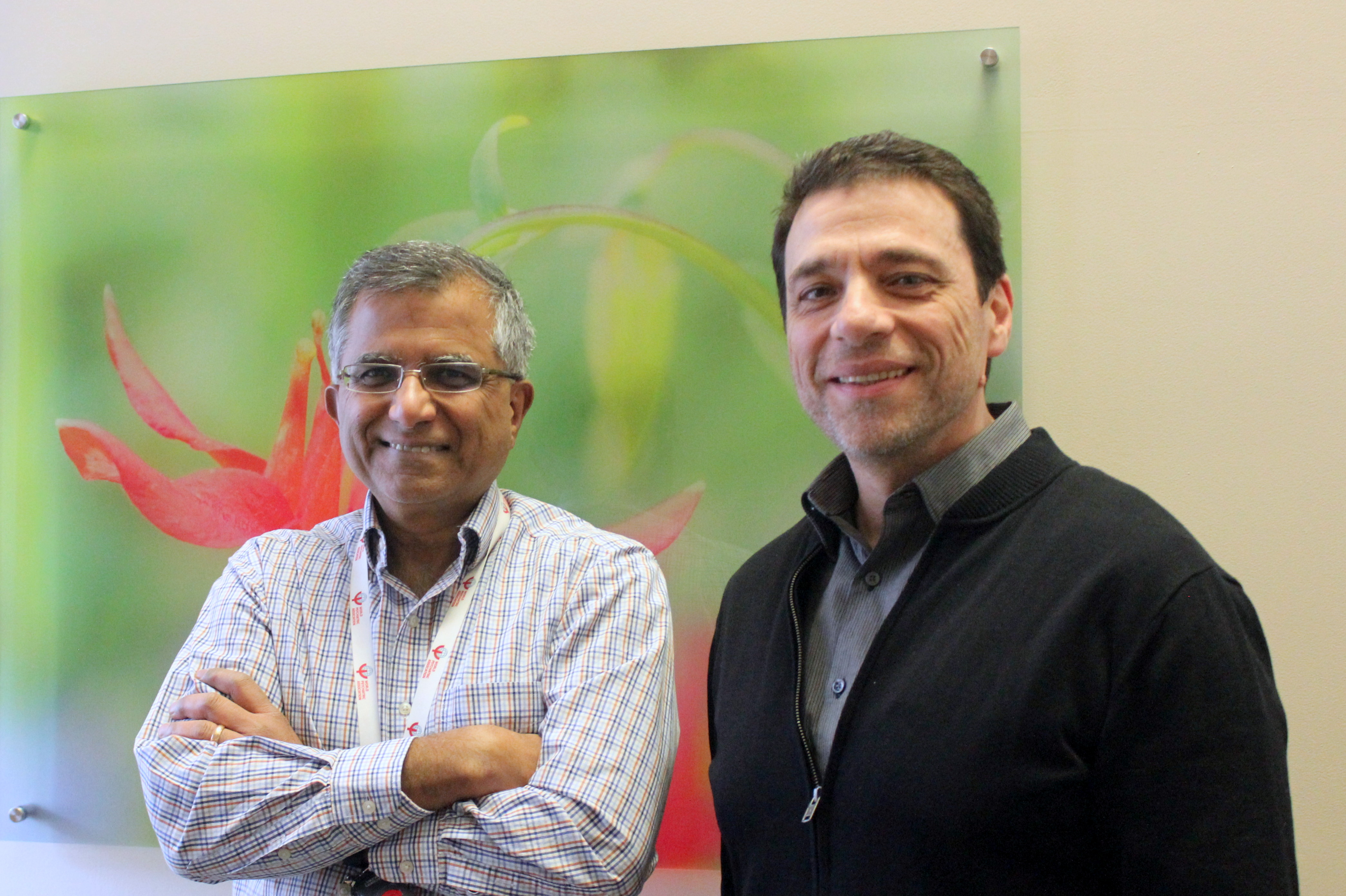 Unlike cells from other organs such as the liver or lungs, neurons are very difficult to collect from a living patient. In fact, one of the biggest hurdles to treating brain diseases is a lack of cells that researchers can use to study the conditions and develop new therapies. Over the last decade, a method to “reprogram” human skin cells into stem cells (called human induced pluripotent stem cells or hiPSCs) that then can become neurons has provided researchers with an ample supply of neurons and transformed the way brain diseases are modeled.

To date, these hiPSC-based neurons have been limited in how well they could model brain disorders and infections because they could only be grown in single layers that don’t mimic the complex three-dimensional architecture of brain tissue. In addition, when these two-dimensional neuron cultures are used to screen novel therapeutic compounds, this lack of complexity can result in drug responses that don’t accurately predict how the drug will behave in the human brain, leading to late-stage clinical trial failures. To overcome these obstacles, a Pitt Department of Psychiatry team, led by Research Instructor Leonardo D’Aiuto, PhD and Professor of Psychiatry and Human Genetics Vishwajit Nimgaonkar, MD, PhD, spent more than two years developing a reproducible and scalable method to grow hiPSC-based neurons in multiple layers that recapitulate the three-dimensional (3D) organization of the brain. The new method, the first 3D platform for drug screening in human neurons, was published in the journal Stem Cell Research and Therapy.

The research team’s biggest challenge was to generate a platform to grow the neurons in 3D that was compatible with the 96-well plates used in drug screening that allow researchers to examine the effects of multiple drug compounds at once. By adding a high density of cells that exceeded the available surface area of the plates, the team was able to grow neurons in 3D that produced extracellular matrix, a 3D network of proteins that serves as a scaffold for cells to grow on.

“Our new cell culture model has two important and distinctive features,” said Dr. Nimgaonkar. “First, we are able to grow cells that are very uniform in size, which is critical for drug screening applications because it minimizes variability. Second, because the cells are able to create their own extracellular matrix, the platform does not use any kind of artificial scaffold to support the cells, which makes it much closer to the cells’ natural environment.”

Dr. D’Aiuto and colleagues then showed that the cultures developed structures resembled those found in the developing brain. They were also able to use the new protocol to grow neurons from a patient with Parkinson’s disease mutation. Taken together, the findings highlight the potential of these neuron cultures to provide the most accurate models of brain diseases to date.

In collaboration with Thermo Fisher Scientific, the team also developed a novel confocal microscopy-based high-throughput screening method to analyze the effect of a drug on detailed anatomical features of neurons, a level of detail that was previously not possible on such a widespread scale.

To test the suitability of the combination of the 3D human neuron culture and analysis system for high-throughput drug screening, Dr. D’Aiuto and colleagues infected neuron cultures with herpes simplex virus 1 (HSV-1) and compared the amount of the antiviral acyclovir needed to inhibit viral activity by 50 percent (a value known as IC50) when the cultures were analyzed using a traditional high-throughput drug screening method called flow cytometry and the new confocal system. They found that the IC50 values were nearly identical between the two methodologies.

“We still have a long way to go, but our hope is that this new protocol for growing neurons derived from human skin cells in 3D and then screening drugs based on detailed anatomical changes in the cells will really revolutionize the way we learn about and develop treatments for brain diseases,” said Dr. D’Aiuto.

The team is currently collaborating with researchers at McMaster University in Canada to begin using the new platform for drug screening.