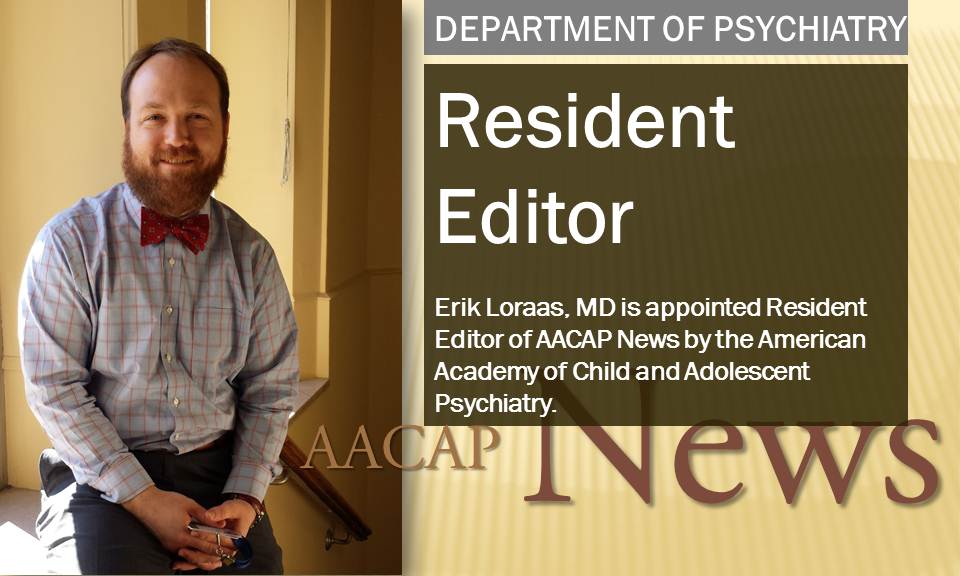 The American Academy of Child and Adolescent Psychiatry (AACAP) News Editorial Board has selected Dr. Erik Loraas as the AACAP News Resident Editor.  Dr. Loraas was selected from a large and diverse pool of candidates to serve as the Resident Editor. He will officially begin his term with the 2016 March/April issue.  AACAP News is an official membership publication of the Academy published six times annually.

Dr. Loraas is a graduate of the University of Washington School of Medicine and currently is a PGY3 resident at Western Psychiatric Institute and Clinic of UPMC.  He is active in the Child Psychiatry and Academic Administrator/Clinician Educator (AACE) tracks within the residency program. Dr. Loraas? interests include medical humanities, medical ethics, palliative care, and education. As part of his AACE Track activities, Dr. Loraas is project will explore the concept of dignity in patients with advance illness and how meaning is maintained and supported near the end of life.