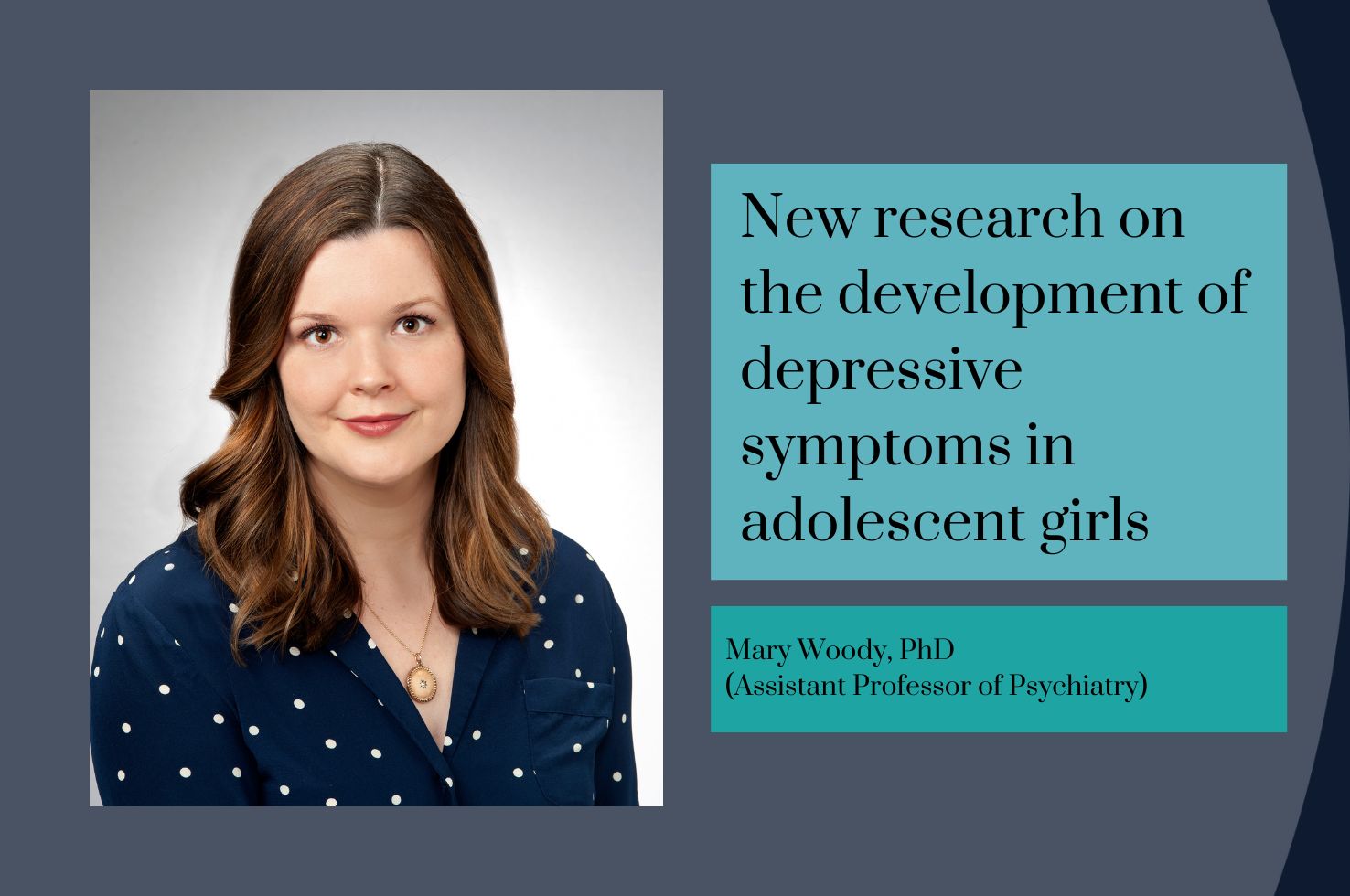 Adolescence is a sensitive window for the development of depressive and social anxiety disorders, particularly among girls. Models of depression and social anxiety suggest that individuals with or at high risk for these conditions may exhibit interpersonal behaviors in early adolescence—such as social avoidance and withdrawal—that can evoke negative reactions from others and lead teens to miss out on potential social rewards, such as making new friends and falling in love.

Although the origins of these avoidant interpersonal behaviors are complex and multifaceted (e.g., temperament, exposure to adversity), once present, they are implicated in the development of depression and social anxiety later in adolescence.

To improve our understanding of whether avoidant behavior predicts the development of later depressive and social anxiety symptoms, scientists including Mary Woody, PhD (Assistant Professor of Psychiatry), and Cecile Ladouceur, PhD (Professor of Psychiatry and Psychology), from Pitt Psychiatry, studied approach-avoidance biases toward angry and happy faces in 129 girls ages 11-13, who had never been clinically depressed or anxious. Two-thirds of the participants were at high risk for depression/anxiety due to a shy and fearful temperament. The study participants reported their depressive and social anxiety symptoms every six months for 24 months and completed the Approach Avoidance Task (AAT) once at baseline and again at a 24-month follow-up.

In Research on Child and Adolescent Psychopathology, the investigators reported an association between avoidance of aversive social stimuli during early adolescence and the development of later depressive symptoms. Participating girls who exhibited heightened avoidance bias toward angry faces at baseline showed the largest increases in depressive symptoms across the two-year period. The scientists also found that avoidance behaviors that impart risk for depression do so above and beyond effects related to a shy or fearful temperament or advances in puberty.

Dr. Woody, the study’s corresponding author, remarked, “From a prevention science lens, these findings are informative because they identified a behavioral index of social avoidance, derived with good reliability from responses made during the AAT, that discriminated trajectories of depressive symptoms across a two-year period among early adolescent girls who were at high risk for future depression.”

“Because preventatively treating pre-symptoms of depression may be one of the most effective ways to reduce the chronic burden of this costly and impairing psychiatric condition, the AAT could offer a cost-effective and simple method to identify teens who would benefit most from interventions addressing avoidant social behaviors,” concluded Dr. Woody.