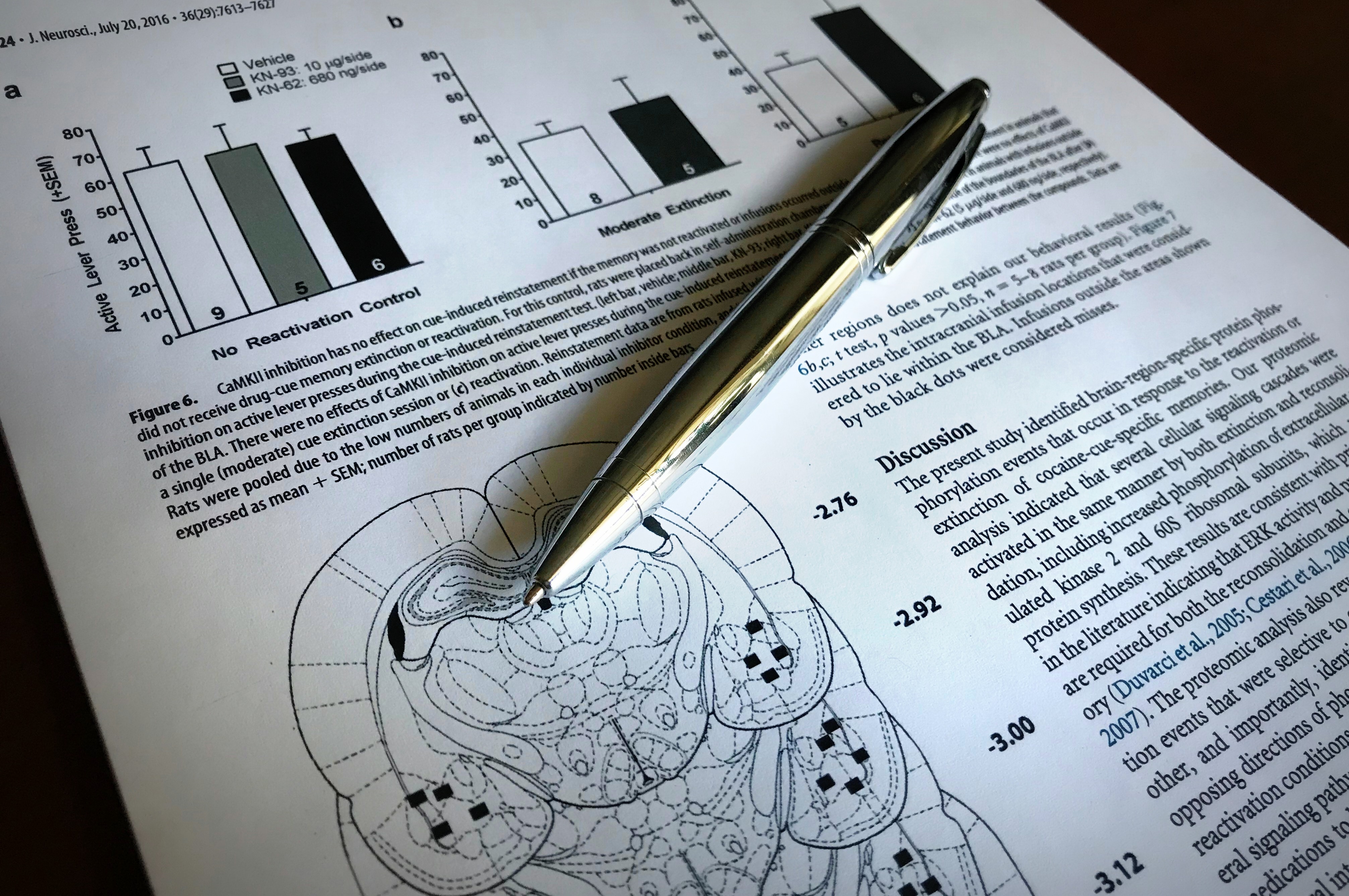 One of the greatest challenges associated with treating substance use disorders is the heightened attention users give to drug-associated cues, which can produce intense cravings and lead to relapse. One way to reduce the influence of these cues is through extinction learning, in which the cues are presented when the drug is not available, with the goal of reducing the intensity of the association between cocaine cues and cravings. However, when insufficient extinction learning occurs, memory reconsolidation—reactivation of the original cue-related memory—can cause a reoccurrence of equal or more powerful cravings. Therefore, therapies that can, selectively, both enhance extinction and inhibit reconsolidation, have potential to produce effective treatment.

The study of key brain regions related to the expression of cue-related memories, and thus to the study of response to drug-associated cues, can help researchers target processes that influence extinction and reconsolidation. For example, Pitt Psychiatry researchers Mary Torregrossa, PhD, and Matthew MacDonald, PhD, and their colleagues, knew that inhibiting calcium-calmodulin-dependent kinase Iiα (CaMKII) in the basolateral amygdala could disrupt cocaine-seeking behavior by enhancing extinction and disrupting reconsolidation. The investigators determined that in addition to the basolateral amygdala, the nucleus accumbens, an important region for cue-induced reinstatement of cocaine seeking, merited further study, as it is likely that extinction- and reconsolidation-specific signaling events in the nucleus accumbens, which control the strength of cocaine memories, can impact craving and relapse behavior.

“The nucleus accumbens is known to critically regulate relapse, so it was important to determine how the strength of cocaine memories influenced protein signaling in this region,” said Dr. Torregrossa.

Findings from this experiment, which were recently published in Psychopharmacology, revealed that phosphoproteomics is a useful tool for identifying signaling cascades involved in different memory processes. The research team found 1,022 unique phosphorylation events on 372 unique proteins. Subsequent analysis revealed that the phosphorylation patterns in the extinction and reconsolidation groups had greater similarity to each other than they did to the control group. They also found that extinction training involves new learning, as well as that memory extinction and reconsolidation can incorporate activity of similar pathways. Finally, they discovered several novel phosphorylation events that were regulated either by extinction or by reconsolidation.

“The results of this study identified several interesting and novel signaling events for which drugs could be developed to help weaken cocaine memories and help prevent relapse,” said Dr. Torregrossa.