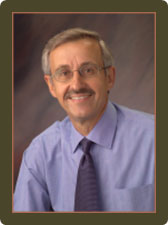 Congratulations to Richard Schulz, PhD on his appointment as Distinguished Service Professor of Psychiatry by the University of Pittsburgh School of Medicine.  The distinguished service professorship appointment constitutes the highest honor that the University can accord a member of the faculty.   Dr. Schulz also holds adjunct appointments in the Dietrich School of Arts and Sciences (Departments of Psychology and Sociology), the School of Public Health (Departments of Epidemiology and Behavioral and Community Health Sciences), and the School of Rehabilitation Sciences.  In addition, he serves as the Director of the University Center for Social and Urban Research (UCSUR), Director of Gerontology, and Associate Director of the Aging Institute at the University of Pittsburgh.

Since his recruitment to the faculty in 1984, Dr. Schulz has played a pivotal role in developing the expertise and infrastructure to support research on aging through recruitment, mentoring junior faculty, providing pilot grant support, and raising the profile of research on aging both locally and nationally.  He was a strong advocate for recruiting new faculty with expertise in aging in the Department of Psychiatry and throughout the University of Pittsburgh, and has served as a primary mentor to more than 24 junior faculty in medicine, psychiatry, surgery, nursing, social work, psychology, and pharmacy as well as more than a dozen post-doctoral students, all of whom have moved on to successful research careers. To support training in geriatrics at the University and throughout the Commonwealth, he obtained funding to establish the Geriatric Education Center of Pennsylvania which has been in existence since the early 1990s. Dr. Schulz was also instrumental in launching multiple, externally-funded research centers at the University of Pittsburgh as well as joint centers between the University and Carnegie Mellon University, including the Pittsburgh Mind-Body Center, the Quality of Life Technology Engineering Research Center, and the Center on Healthy Aging, among others.

A nationally and internationally recognized expert in the area of adult development and aging, Dr. Schulz?s own research has focused on social-psychological aspects of aging, including the impact of disabling late life disease on patients and their families.  With support from the National Institutes of Health and other sponsors, he has conducted descriptive longitudinal and intervention research on diverse older populations representing illnesses such as cancer, spinal cord injury, stroke, Alzheimer´s disease, heart disease, and arthritis for the past thirty years.  Over the past few years, Dr. Schulz has concentrated on supportive interventions, including technology-based approaches designed to enhance patient functioning and quality of life of both patients and their relatives.  He has widely disseminated his findings, authoring or co-authoring more than 300 publications, which have appeared in major medical, psychology, and aging journals including the New England Journal of Medicine, the Journal of the American Medical Association, and the Archives of Internal Medicine.  He is also the author of numerous books including  a textbook on aging, Adult Development and Aging: Myths and Emerging Realities, the Handbook of Alzheimer´s Caregiver Intervention Research and the Quality of Life Technology Handbook .