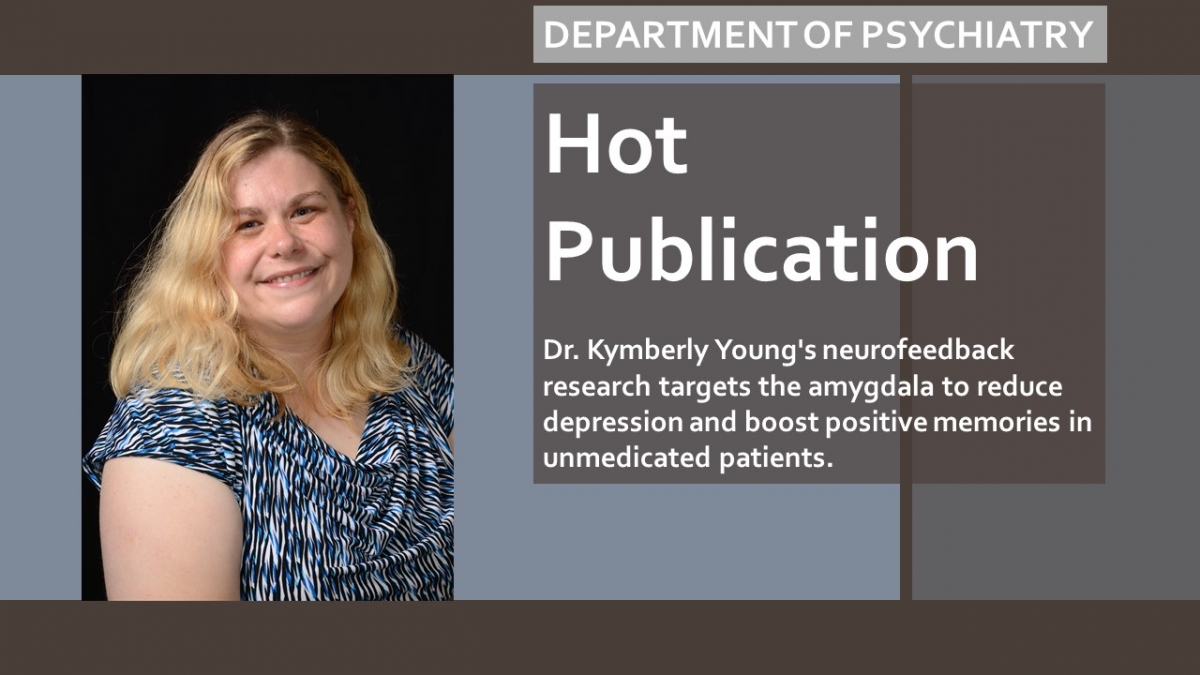 Findings by Dr. Kymberly Young show that real-time functional MRI neurofeedback (rtfMRI-nf) training to increase the amygdala hemodynamic response to positive memories significantly decreased depressive symptoms and increased the percent of specific memories recalled on an autobiographical memory test. These data show that the amygdala plays an important role in recovery from depression.

In a double-blind, placebo-controlled, randomized clinical trial, 36 unmedicated adults with depression  were randomly assigned to receive two sessions of rtfMRI-nf either from the amygdala or from a parietal control region not involved in emotional processing. Clinical scores and autobiographical memory performance were assessed at baseline and one week after the final rtfMRI-nf session. The primary outcome measure was change in score on the Montgomery-Åsberg Depression Rating Scale (MADRS), and the main analytic approach consisted of a linear mixed model analysis. The investigators found that rtfMRI-nf training aimed at increasing amygdala response to positive memory recall results in significant clinical improvement in patients with depression and increases the percent of specific memories recalled on an autobiographical memory test. This neurofeedback intervention targets a specific fundamental mechanism identified by neuroimaging research (blunted amygdala activity during positive memory recall), appears safe and well tolerated, and gives patients a sense of control over their treatment and symptom improvement.

This novel intervention merits further testing as a potential treatment for depression, and it can serve as a model for novel neuroscience-based interventions. Results from Dr. Young's study suggest that focusing on increasing responses to positive stimuli is important for recovery from depression. They also indicate that current therapies would benefit from addressing deficits in positive processing in addition to their primary focus of decreasing responses to negative stimuli. Dr. Young is currently conducting a clinical trial at Pitt to further develop this neurofeedback procedure into an intervention available to patients with depression.

This article appeared in the American Journal of Psychiatry. Click here to view the abstract.