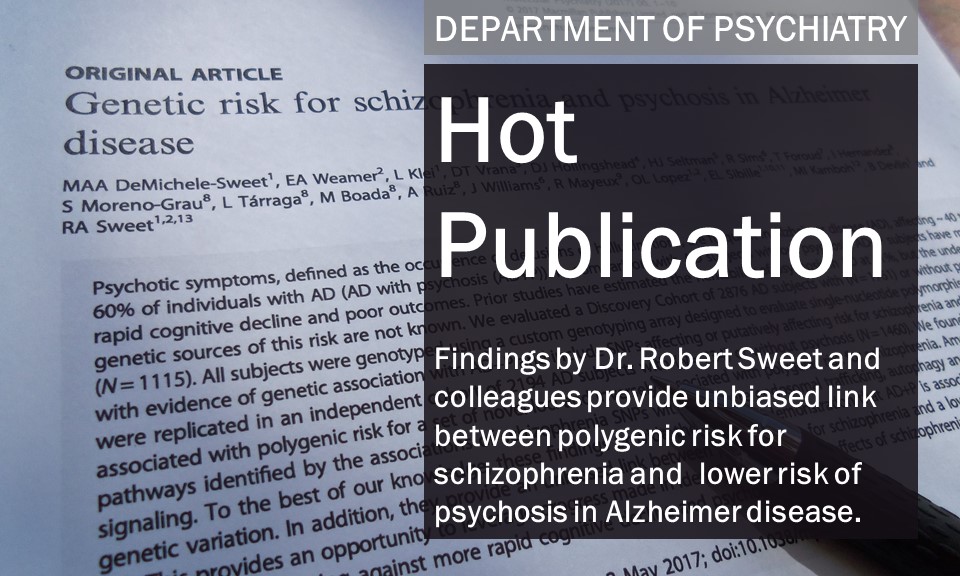 Psychotic symptoms, defined as the occurrence of delusions or hallucinations, are frequent in Alzheimer disease (AD), affecting approximately 40 to 60% of individuals with AD. In comparison with AD subjects without psychosis, AD subjects with psychosis have more rapid cognitive decline and poor outcomes.

Findings from this study provide an opportunity to leverage progress made in identifying the biologic effects of schizophrenia alleles to identify novel mechanisms protecting against more rapid cognitive decline and psychosis risk in AD.

This article appears in the journal Molecular Psychiatry. To view the abstract, click here.