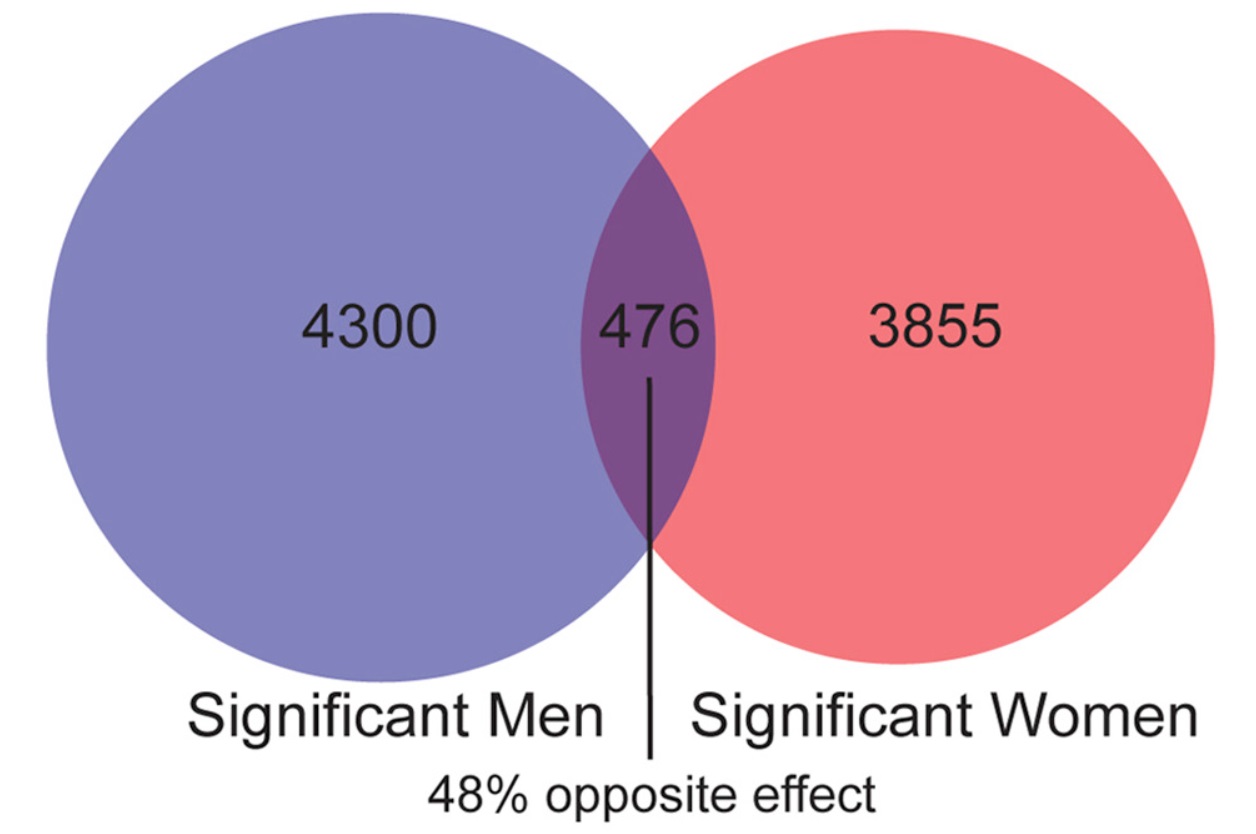 Major depressive disorder (MDD) is a devastating psychiatric disorder and leading cause of disability worldwide. It affects women approximately twice as often as men, and incidence and symptoms differ between the sexes, affirming the importance of studying brain pathology of depression in both men and women. Women are three times as likely to have atypical depression, with hypersomnia and weight gain, suggesting that the molecular mechanisms of MDD also might differ by sex.

Focusing on whether the molecular changes in the brains of depressed patients were similar or distinct in men and women, Marianne L. Seney, PhD, Assistant Professor of Psychiatry; David A. Lewis, MD, Department Chair; and Ryan Logan, PhD, Assistant Professor of Psychiatry, performed a large-scale gene expression meta-analysis. They probed for sex differences in the brains of men and women with MDD across three corticolimbic brain regions: the dorsolateral prefrontal cortex, subgenual anterior cingulate cortex, and basolateral amygdala. Structural and functional neuroimaging implicates these regions in MDD, yet some of these studies included only women or only men, so whether results are generalizable to both sexes remains unclear.

The study included 50 MDD subjects (26 men, 24 women) and 50 sex-matched, unaffected comparison subjects. Investigators combined eight microarray datasets from three brain regions, performing half of the studies in men and half in women. Group means for age, postmortem interval, RNA integrity number, and brain pH were nearly identical and not statistically different. For replication, they used recently published RNA sequencing data generated using brains from a different brain bank, separately analyzing the effect of MDD in men and women. They assessed overlap in differential expression genes identified in men and women and the percent of overlapping genes that were changed in opposite directions in men and women with MDD. Results were further analyzed using a threshold-free approach, gene ontology, and cell-type-specific analyses.

The researchers reported almost no overlap in transcriptional changes across corticolimbic brain regions in men and women with MDD; instead, they discovered opposite transcriptional changes. They obtained similar results using a threshold-free approach. Gene ontology indicated that men with MDD have decreases in synapse-related genes, and that women have increases in expression of these same genes. Cell type-specific analysis suggests increases in oligodendrocyte- and microglia-specific genes in men with MDD but decreases in markers of these cell types in women with MDD. “Our findings suggest not only distinct pathology in men and women, but also molecular changes occurring in opposite directions in depressed men and women,” said Dr. Seney. “This study underscores the notion that some psychiatric disorders might manifest differently in men and women and the possible benefits of designing novel treatments specifically for men or for women.”