In a Detailed Study of Sleep in Early Psychosis, Ferrarelli et al. Find Changes in Brain Activity during Deep Sleep that Correlate with Symptom Severity 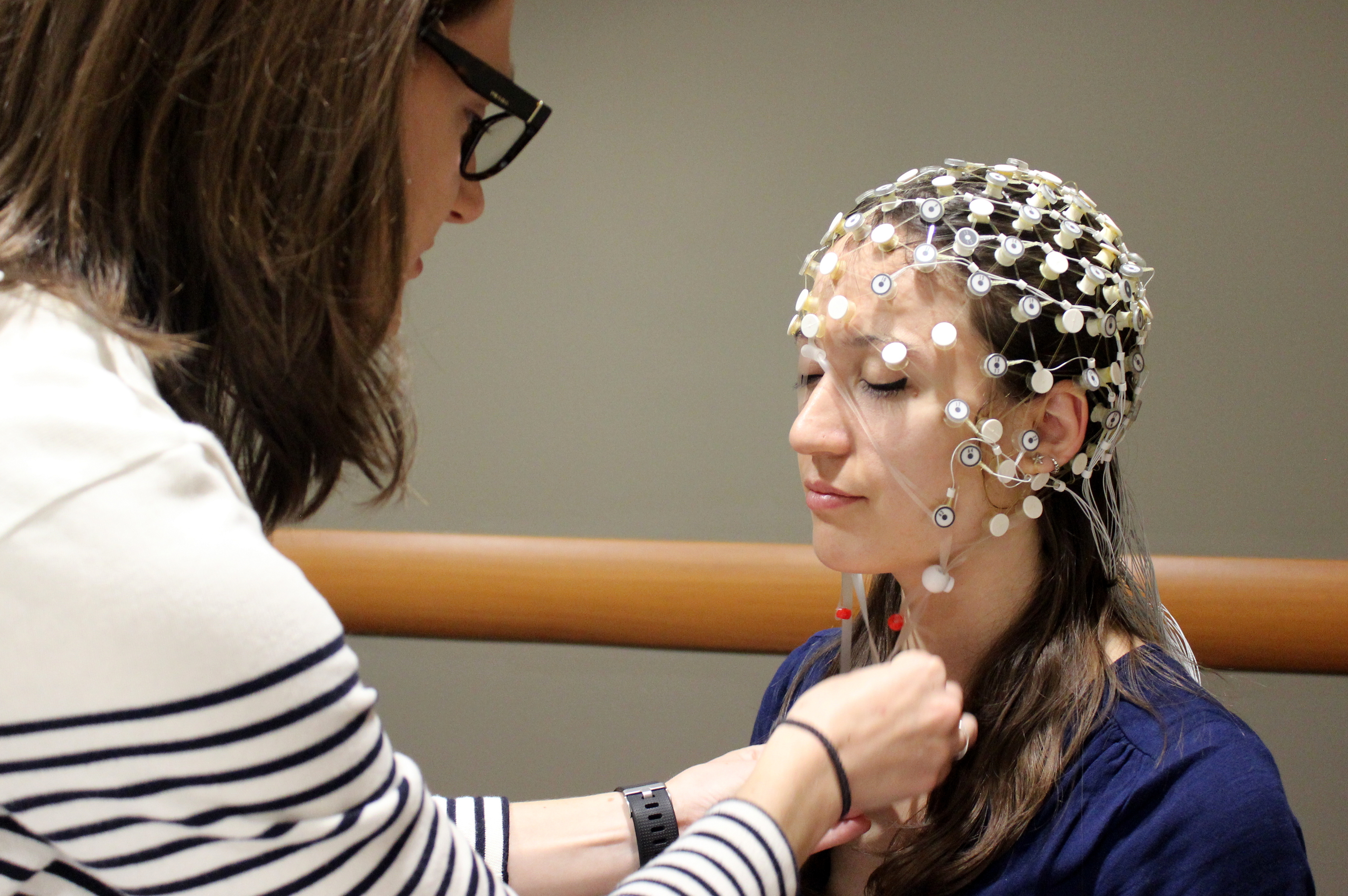 Schizophrenia is a challenging mental illness characterized by psychosis, cognitive deficits and other symptoms such as disorganized speech, difficulty showing emotion, and lack of motivation. People with schizophrenia, including those suffering their first psychotic break, known as a first episode of psychosis (FEP), also frequently experience sleep disturbances such as having a hard time falling and staying asleep.

Several studies have measured the amount of time spent in the different stages of sleep in FEP, but a full understanding of the brain activity that occurs during those stages is still lacking. In an effort to better understand what aspects of sleep are altered in the illness, Pitt Department of Psychiatry researchers, led by Assistant Professor Fabio Ferrarelli, MD, PhD, recently conducted a thorough investigation of sleep activity patterns in FEP patients. The results were published in the journal Schizophrenia Research.

When sleeping, healthy individuals spend roughly 20 percent of their time in rapid eye movement (REM) sleep, a phase when dreaming occurs, and 80 percent of their time in non-REM (NREM) sleep. During the deepest stage of NREM sleep, brain activity is characterized by large, slow waves that are thought to be critical for restorative sleep. Abnormalities in this slow wave sleep have been reported in schizophrenia, especially during periods of acute psychosis.

They found a significant reduction in the number of slow waves in a region of the brain called the prefrontal cortex that is important for cognition and known to be dysfunctional in schizophrenia. In addition, the fewer slow waves that a person had, the more severe their psychotic symptoms were.

“Now that we know there is a relationship between symptom severity in FEP and slow wave sleep, the next step is to determine whether the two are merely associated, or whether slow wave sleep alterations may be at least partially responsible for psychotic symptoms,” explained Dr. Ferrarelli.

There is some evidence that slow wave sleep abnormalities may contribute to psychotic symptoms. For example, in healthy individuals, sleep deprivation can induce some symptoms of psychosis, including auditory hallucinations and paranoia, and patients with schizophrenia often report that sleep difficulties preceded their other symptoms. To more conclusively determine whether slow wave sleep abnormalities may contribute to psychosis, Dr. Ferrarelli and colleagues are now studying the sleep patterns of high-risk individuals for two years. Roughly 15-25 percent of these individuals, who are currently showing some subtle symptoms such as mild delusions or hallucinations, will go on to develop full-blown psychosis.

If the researchers find that alterations in sleep slow waves precede psychosis, it is likely that these abnormalities are an upstream contributor to psychosis. However, even if the reduction in the number of slow waves isn’t directly contributing to psychosis, improving slow wave sleep may reduce patients’ symptoms.

“There are a number of safe and noninvasive ways to evoke slow wave brain activity, including transcranial magnetic stimulation (TMS) and playing specific tones during sleep, that are already available and do not have the risks and side effects associated with antipsychotic medications. The longer a person stays in a psychotic state, the more damage is done to the brain, so these interventions are really promising tools to minimize the duration and intensity of psychosis and to improve the patient’s overall quality of life,” said Dr. Ferrarelli.