The PRP has helped current and past residents in their career development. 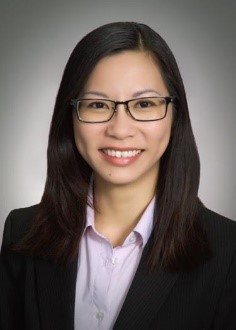 Shinny-Yi  (Cindy) Chou, MD, PhD is a PGY3 resident in the PRP. She is working with her mentor Robert Sweet, MD, to examine mechanisms underlying auditory dysfunctions and social communication deficits in schizophrenia using mice models. 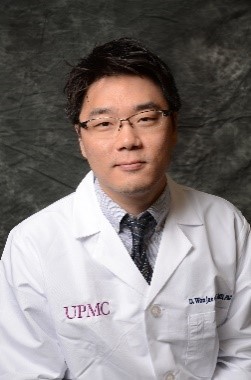 Daniel Wonjae Chung, MD, PhD is a PGY2 resident in the PRP working under the mentorship of David Lewis, MD. Using a top-down translational approach across different species and experimental conditions, his PhD work introduced a novel hypothesis that cognitive dysfunction in schizophrenia may arise from an excessive pruning of excitatory synapses on parvalbumin interneurons due to dysregulated alternative splicing. As a PRP resident, he investigates the role of cell type-specific splicing factors that may regulate the alternative splicing of synaptic genes in normal development and schizophrenia. 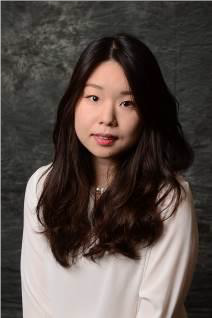 Youjin Chung, MD is a PGY1 resident in the PRP program working under the mentorship of David Lewis, MD. Her research interests concentrate on understanding the molecular alterations underlying abnormal cortical maturation in individuals with schizophrenia. 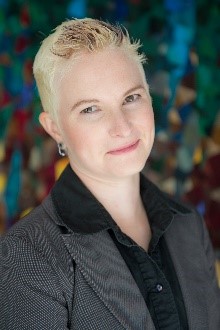 Kristen Eckstrand, MD, PhD is a Child and Adolescent Psychiatry fellow in the PRP working under the co-mentorship of Mary Phillips, MD and Erika Forbes, PhD. Her current research focuses on the development of risk behaviors and affective psychopathology in youth, with a focus on vulnerable populations. Her research has been recognized with awards from the American Academy of Child and Adolescent Psychiatry and the American Association of Directors of Psychiatric Residency Training.

"The PRP's focus on supportive and quality mentorship made my transition between fields of research (adulthood insulin resistance to adolescent mental health) smooth and exciting. The program's flexibility combined with a collaborative research environment easily facilitates research exploration and accomplishment." 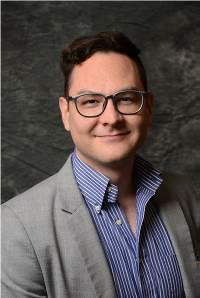 Stephen ‘Sai’ Folmsbee, MD, PhD is a PGY2 resident who joined the PRP program in 2018. With his mentor, Susanne Ahmari, MD, PhD, Dr. Folmsbee is examining the molecular changes that occur in the post-partum brains of individuals with obsessive compulsive disorder. 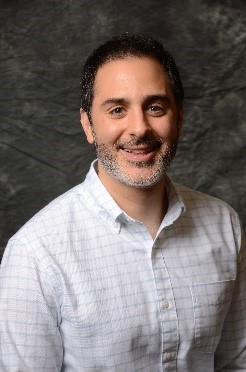 Matt Geramita, MD PhD is a PGY2 in the PRP working under the mentorship of Susanne Ahmari, MD, PhD. Matt's interests in psychiatry and computational neuroscience grew out of a fascination with the physics of biological systems. He was introduced to neuroscience at the NIH, where he used neuroimaging to study neural networks in schizophrenia. He then took a slight detour away from psychiatry during his PhD, using in vitro electrophysiology and computer modeling to understand the neural coding responsible for smell. Now focused on Obsessive Compulsive Disorder, Matt's work in the Ahmari lab uses optogenetics, in vivo electrophysiology and computational modeling to dissect the neural circuits driving compulsive behaviors. 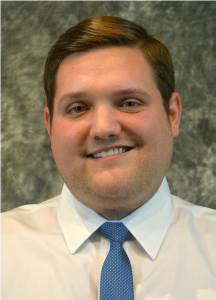 Aaron Jenkins, MD joined the PRP in 2017 under the mentorship of David Volk, MD, PhD. His current project focuses on the molecular characterization of cortical microglia in post-mortem tissue from individuals diagnosed with schizophrenia.  He is a Child and Adolescent Psychiatry fellow and has particularly enjoyed working in the Child and Adolescent Bipolar Spectrum Services clinic.  He looks forward to continuing to broaden his clinical experiences while continuing to think of how to best bridge these with his interests in basic neuroscience. 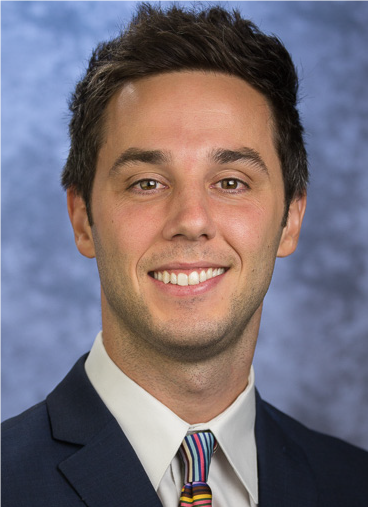 Alfredo Sklar, MD, PhD is a PGY3 resident under the mentorship of Dean Salisbury, PhD. His current research focuses on characterizing impairments in visual processing and selective attention as well as their impact on functional outcomes among individuals with schizophrenia spectrum disorders following their first psychotic break. Work in the Clinical Neurophysiology Research Laboratory has provided him the opportunity to expand his expertise in human multimodal imaging techniques including EEG, MEG, and structural MRI. 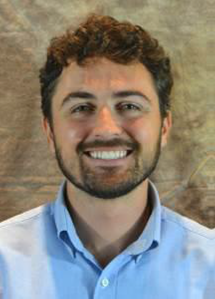 Scott Steele MD, PhD, is a PGY4 resident in the PRP. Building on clinical interest in mood disorders and prior work in the neurocircuitry of emotion regulation he is currently working with Dr. Mary Phillips to identify the neural substrates of anhedonia and testing their clinical predictive power in a transdiagnostic sample of young adults. 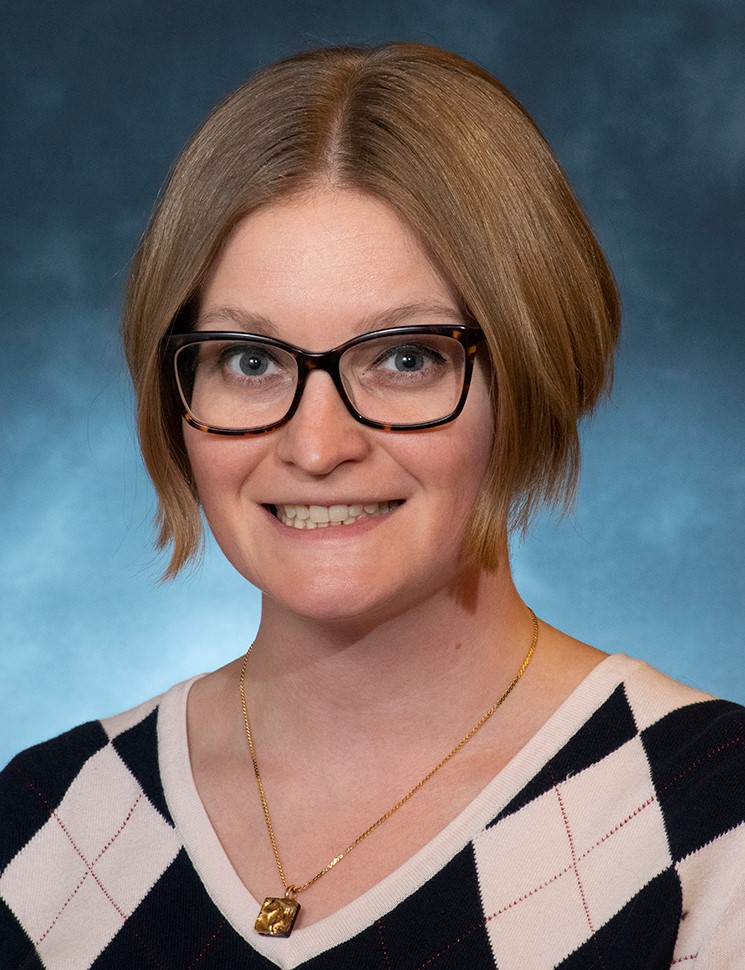 Ceci Westbrook, MD PhD, is a PGY1 in the child and adolescent track and the PRP. She completed her PhD in Psychology in  2017 under the mentorship of Dr. Richard J. Davidson and earned her MD in 2019 from the University of Wisconsin–Madison School of Medicine. Dr. Westbrook is interested in the cognitive and neural mechanisms of the development of mood disorders in adolescents and young adults. 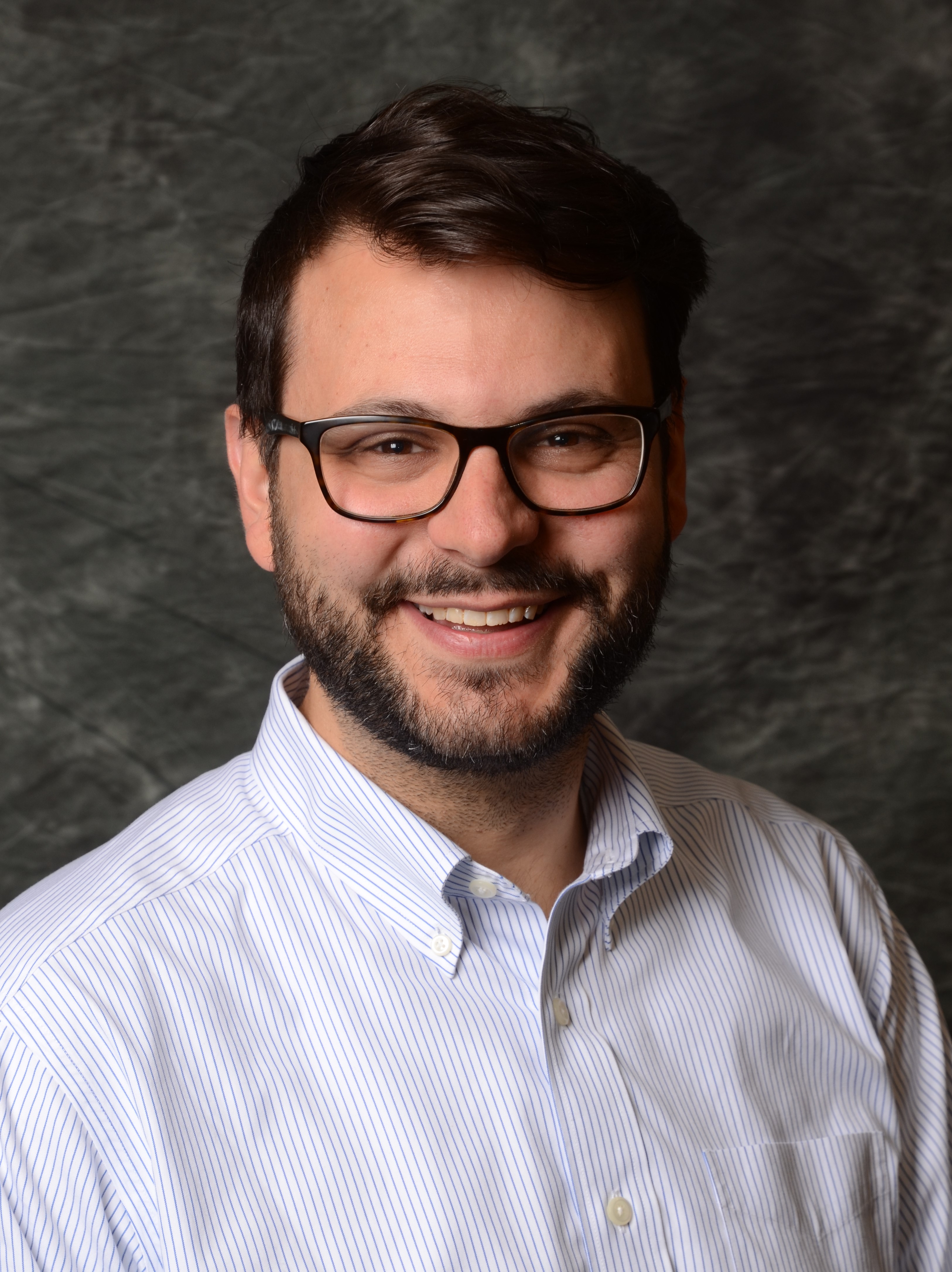 Eric Zimmerman, MD, PhD is a PGY1 resident in the PRP. He completed his MD and PhD training at the University of Pittsburgh School of Medicine. His PhD work used electrophysiology and DREADDs-based approaches in preclinical models to dissect novel cortico-thalamic circuitry underlying the control of ventral tegmental area dopamine neuron activity. He remains interested in basic and translational neuroscience approaches to study the neurobiology of chronic, severe mental illnesses, and plans to pursue further research in this area in the PRP. 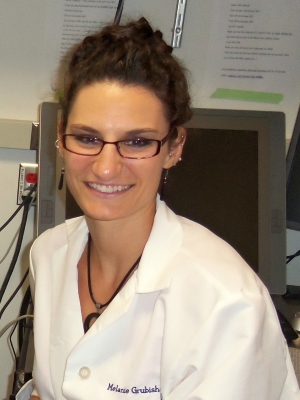 Melanie Grubisha, MD, PhD participated in the PRP between 2013 and 2017. Her research project was focused on impairments in dendritic morphogenesis in schizophrenia under the mentorship of Robert Sweet, MD. She then held a postdoctoral appointment, supported by the Training for Transformative Discovery in Psychiatry grant. Dr. Grubisha was appointed as Assistant Professor of Psychiatry in 2019 and has a K08 award from the National Institute of Mental Health. In addition to her research, she also sees patients one day per week in a homeless clinic in Pittsburgh. 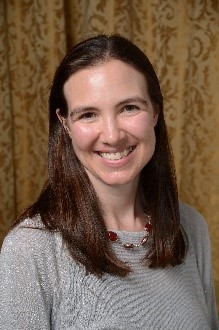 Danella Hafeman, MD, PhD participated in the PRP between 2009 and 2012. Her research project was focused on Bipolar Disorder and neuroimaging, under the mentorship of Mary Phillips, MD. She then held a postdoctoral appointment, supported by the Innovative Methods in Pathogenesis and Child Treatment Training grant. She was appointed as Assistant Professor of Psychiatry in 2017 and has a K01 Award from the NIMH.

"The opportunities through the PRP allowed me to explore a new area of research, learning how to analyze and interpret fMRI data. While I had a strong background in statistics (through my PhD in epidemiology), the protected time and strong mentorship facilitated my development as a neuroimaging researcher during my residency and child fellowship." 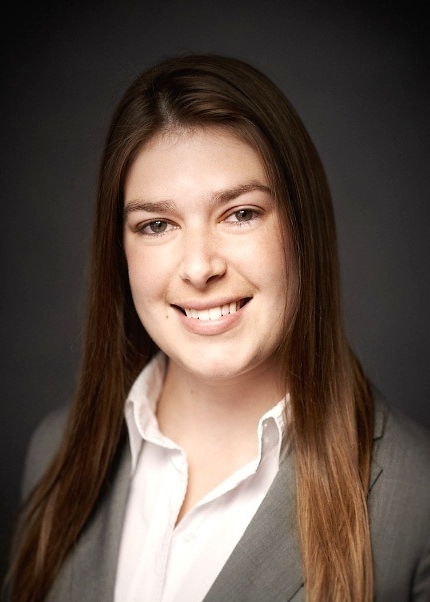 Heather Joseph, DO participated in the PRP from 2013 to 2016 and conducted research on familial transmission of ADHD and paternal parenting styles, mentored by Brooke Molina, PhD. She then held a postdoctoral appointment, supported by the Innovative Methods in Pathogenesis and Child Treatment Training grant. She was was appointed an Assistant Professor of Psychiatry in 2019 and an attending on the Behavioral Health Consult service at Children's Hospital of Pittsburgh. She was the Klingenstein Third Generation Foundation Fellowship in ADHD recipient for 2017 and has submitted a K23 career development award application.

"The PRP has the flexibility and support to meet the needs of trainees at all levels of research experience. This includes individuals who first explore a research career upon starting residency, like I did. I have benefited from the strong research infrastructure here, and had the opportunity to take courses through the Institute for Clinical Research and Education (ICRE) during residency. Soon I will graduate from the ICRE Certificate Program." 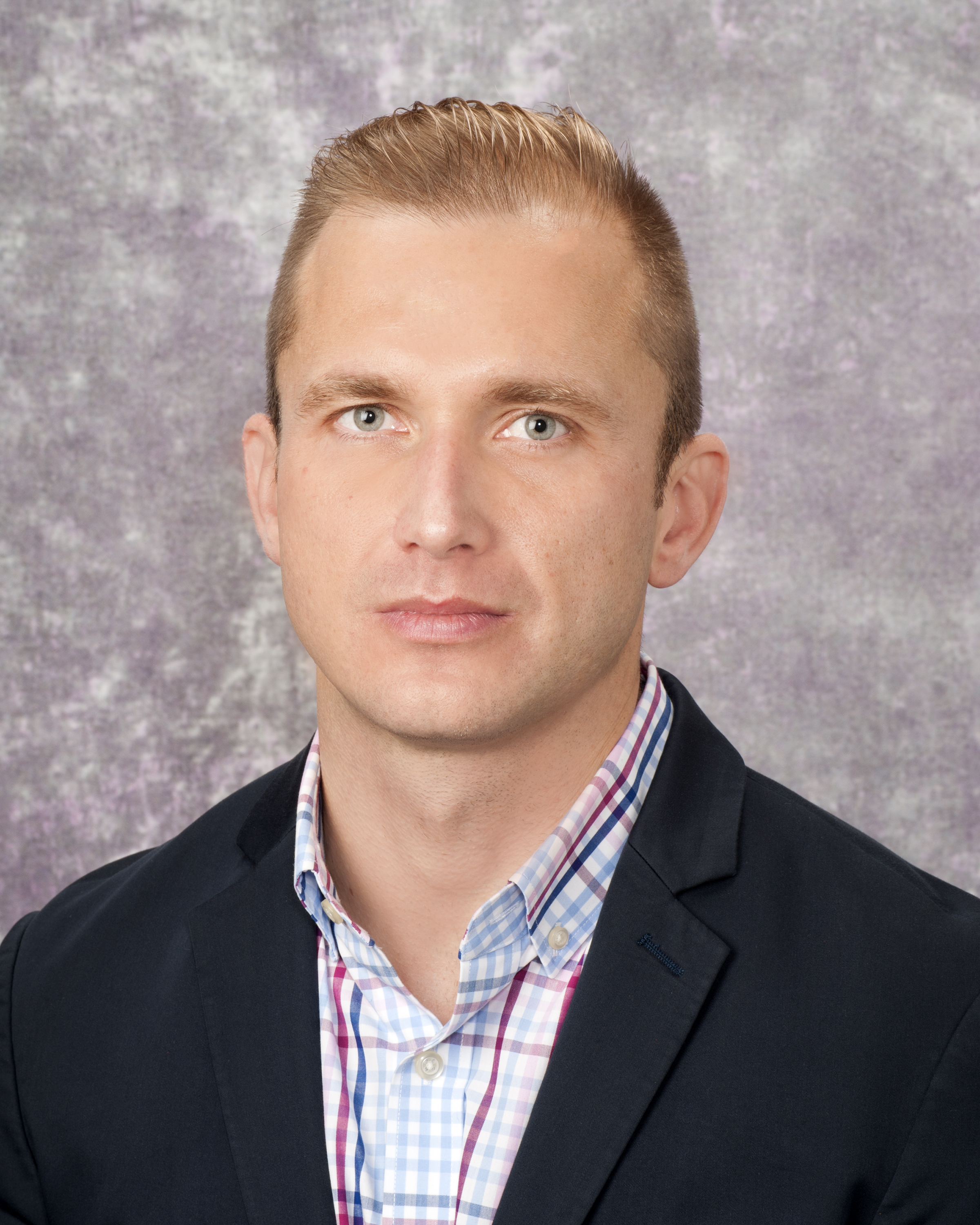 Brandon McKinney, MD, PhD participated in the PRP from 2010 to 2014 and studied age-dependent DNA methylation changes in the orbital frontal cortex under the mentorship of Etienne Sibille, PhD. He then completed a two-year research fellowship supported by the Training for Transformative Discovery in Psychiatry grant during which he studied how DNA methylation is altered in the auditory cortex of subjects with schizophrenia under the mentorship of Robert Sweet, MD. Dr. McKinney was appointed as Assistant Professor of Psychiatry in 2016 and has a K23 award from the National Institute of Mental Health to investigate DNA methylation as a mechanism for reduced dendritic spine density in schizophrenia. In addition to his research, he also sees patients at the Psychiatric Emergency Intake Services facility at UPMC Western Psychiatric Hospital.

“I chose the University of Pittsburgh for my residency training because of the PRP and I was not disappointed. The resources and flexibility available to me as a member of the PRP were integral in allowing me to develop my research program and transition to a faculty position.”