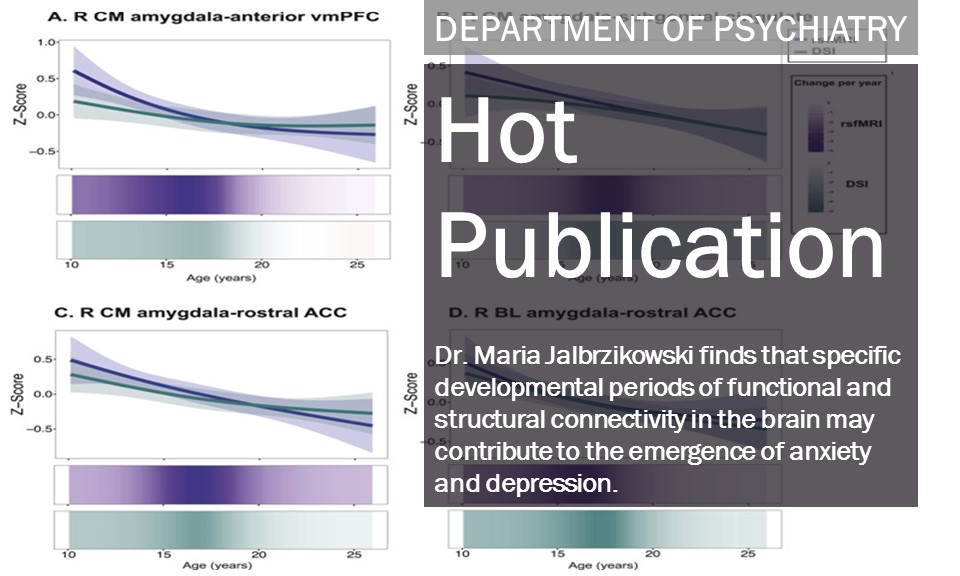 Connectivity between the amygdala and ventromedial prefrontal cortex (vmPFC) is compromised in multiple psychiatric disorders, many of which emerge during adolescence. To identify what extent the deviations in amygdala-vmPFC maturation contribute to the onset of psychiatric disorders, it is essential to characterize amygdala-vmPFC subregion connectivity changes during typical development.

Findings from this study illustrate that specific developmental periods of functional and structural connectivity between amygdala-prefrontal systems may contribute to the emergence of anxiety and depressive symptoms, and may play a critical role in the emergence of psychiatric disorders in adolescence.

This story appeared in the journal Biological Psychiatry.  Click here to view the abstract.