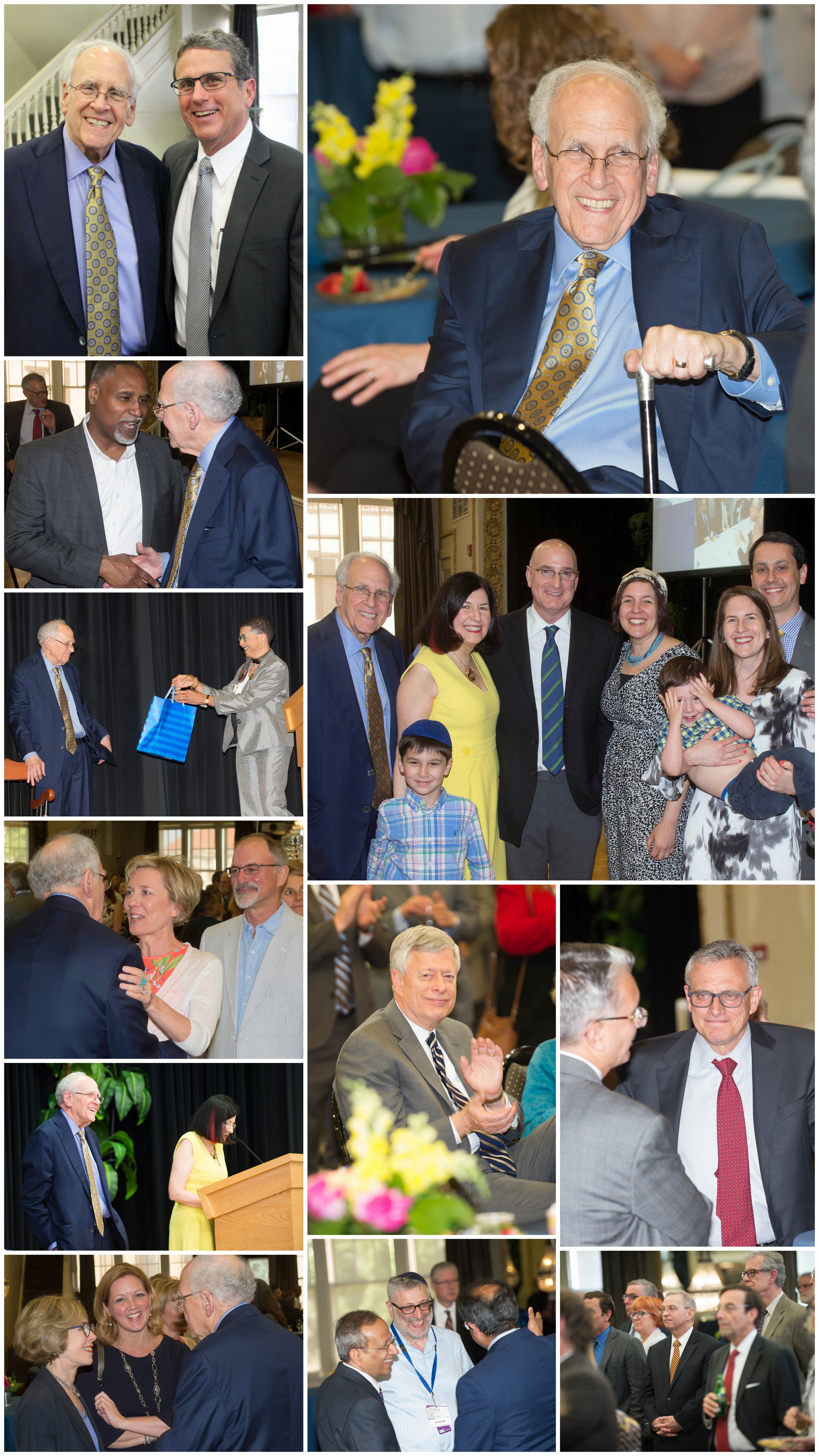 At the reception, Department Chair David Lewis, MD spoke on behalf of Arthur Levine, MD, Senior Vice Chancellor for the Health Sciences and John and Gertrude Petersen Dean of the University of Pittsburgh School of Medicine, who was unable to attend the event. Dr. Levine conveyed numerous accolades for Dr. Roth, noting “I can assure you that if I adequately described all of his accomplishments, you’d be here all night.” The two have remained close friends for decades, and Dr. Levine noted that he will miss Dr. Roth’s daily presence and regular counsel. “Loren acts as a caring physician first and a true leader in interprofessional education, who does not waver from the ultimate goal of making the system better for the patient,” said Dr. Levine. “He actually relishes immersing himself in the web of health professionals and community resources that we all rely on to maintain good health.” He also mentioned some of Dr. Roth’s numerous career accomplishments:

At the close of the ceremony, Dr. Lewis presented the esteemed Pitt captain’s chair to Dr. Roth for a well-deserved “bit of rest.” And given his track record, it likely will be just a bit, as he will continue to serve the Department by mentoring, hosting the behavioral health podcast, and working with the current directors of the Rural Public Psychiatry and Center for Public Service Psychiatry fellowships.